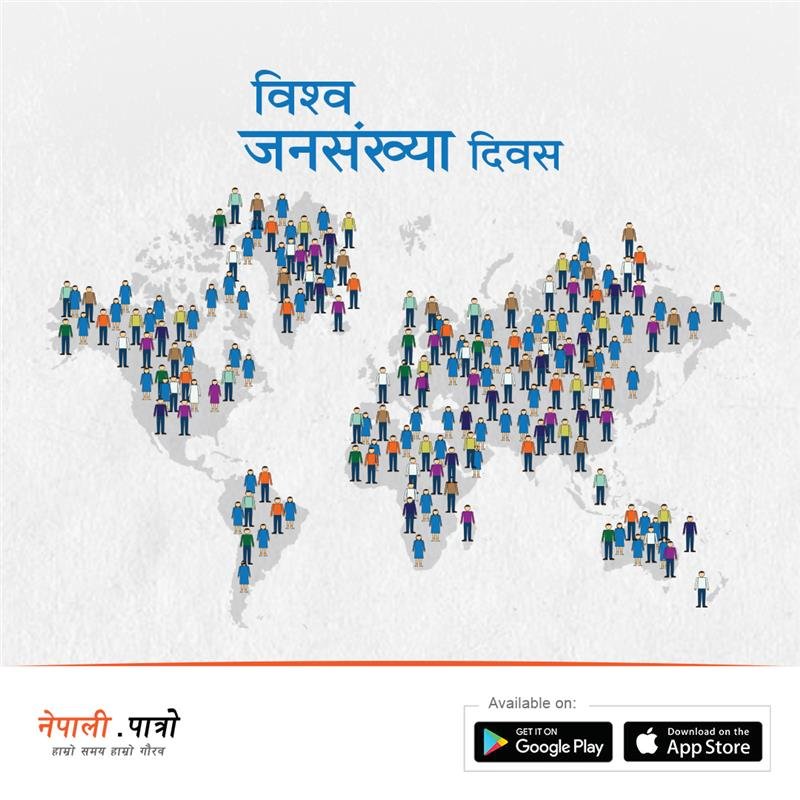 World Population Day observed on July 11 is an annual event, seeking to raise awareness on population issues globally. This international event was established by the Governing Council of the United Nations Development Programme (UNDP) in the year 1989. World Population Day is inspired by the public interest on the approximate day the world population reached five billion people. That day is also known as Five Billion Day, which happened on July 11 of the year 1987.

World Population Day is celebrated with the aim to increase public awareness about various population issues, such as the importance of Family Planning, Poverty, Gender Equality, Maternal Health, and Human Rights. All these issues are related to the World Population globally as the population of the world has already reached 7 billion on the 31st of October 2011. And as of July 2020, according to the worldometer website, the world population has already reached an all-time high of 7.8 Billion people.

Normally we all might think the population increase will not affect any one of us. But it is not the case, and the more people are added to the population, more food and more power are needed to sustain them all. To keep up with that amount of food and power at the rate the population is growing is going to be hard. The activities in an effort to sustain population growth tend to contribute a lot to climate change. This affects us all no matter where in this world we live.

Therefore, World Population Day is of big importance as it highlights the problems of increasing population. And it raises awareness about the effects of this overpopulation on the environment and planet. The primary aim of this initiative is to increase awareness about reproductive health problems among people in general. And, it pays paramount attention to the importance of family planning.

As per the latest United Nations (UN), data based on the Worldometer elaboration population of Nepal is 29,635,231 as of Wednesday, June 16, 2021. This population is equivalent to 0.37% of the total world population and the population density is 203 persons per Km2 which mean 526 people per mile. The median age in Nepal is estimated to be 24.6 yrs and the life expectancy is of 71 years in general as of 2019.

France and Greece along with San Marino (San Marino is a mountainous microstate surrounded by north-central Italy and is among the world’s oldest republics) have the highest life expectancy of 85 years of both sexes.

“Family Planning is a Human Right”, was the theme focused on the 2018 celebration of World Population Day. Each year Population Day Theme is also different for its celebration. World Population Day 2020’s theme has been set with “How to safeguard the health and rights of women and girls”. Every second of every day, 4.2 people are born and 1.8 people die. It is expected that by the year 2050, nearly 70% of the world’s population will live in cities.

World Population Day is all about raising awareness of controlling the worldwide population. This day also focuses on the risks and consequences of a disproportionate population-to-resource ratio existing in the world today.

There is no denying that World Population Day is here to remind us to look at the population increase issues that also influence how we all live. We should all be focused on the future and do what efforts are needed to slow down this increase in population growth. Because the future generation that is going to live on this earth is our own children and their children. Thus, we have to be focused to not let this population growth affect our kids, grandkids, and great-grandkids.  We, at Nepali Patro, wish to Wish you, readers, all the best wishes of this World Population Day.  To Read this article in the Nepali Language please click here.