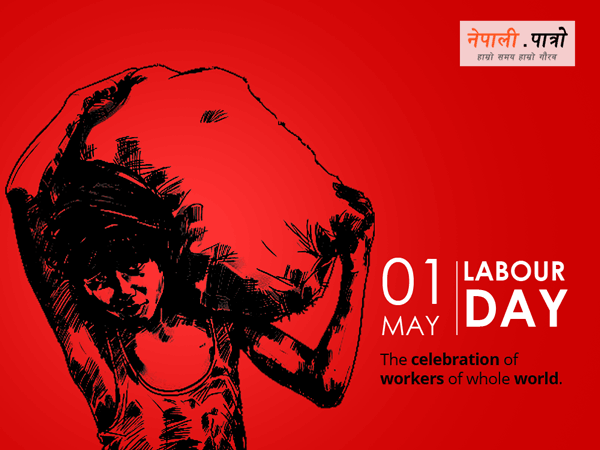 According to the Gregorian calendar (A.D), on the first day of May, every year, International Workers’ Day also known as May Day/ Labor Day is celebrated to mark the rights, interests, and progress of all working-class and workers around the world. This day, national holidays are celebrated in many countries worldwide, though the date or name of celebration might be different.

It was decided to be celebrated on an annual basis as a May Day in the meeting (1889 A.D) B.S. 1946 of Paris through a proposal by the Raymond Lavigne that international demonstrations are required to celebrate the anniversary of Chicago protests. In the year (1891 A.D) i.e B.S. 1948, May Day was officially recognized by the International labor associations’ second congress to be celebrated as an annual event.

However, May Day Riots occurred during the year (1894 A.D) i.e 1951 B.S and then in the year (1904 A.D) i.e B.S 1961 a statement was given in the International Socialist Conference at Amsterdam “all Social Democratic Party organizations and trade unions of all countries need to demonstrate energetically on May First for the legal establishment of working 8-hour a day, for the class demands of the working-class, and for universal peace.” and they declared it “mandatory upon the working-class organizations of all countries to stop work on May 1, wherever it is possible without any kind of injury to the workers.”

In the past, before the above-mentioned rule came into practice, workers were working in the unsafe workplace under unsafe working places, workers were required to work for 16 to 18 hours daily, while only working for 8 hours per day, was already approved by the UN General Assembly, UN-level international labor and social organization based in Amsterdam during (1904 A.D) i.e B.S 1961.

This celebration of May Day has become a historic significance all over the world, celebrated by the Labor unions worldwide is celebrated in Nepal also. With a variety of Processions, demonstrations, speeches, protests rallies, and parades are organized by the working group plus workers union, etc and security personnel are in arrangements to protect against any kind of violence. Nepal’s’ major political parties and affiliated labor unions host rally and other different programs. Nepali Congress and ruling Nepal Communist Party have the largest trade union organization to date. Nepal started celebrating May Day following the establishment of Democracy in the year (2007 B.S.) i.e 1950 A.D. It is celebrated in joint coordination with the Government of Nepal, non-profit organizations, trade union, including private sectors too.

International Labor Organization (ILO), in its report, has stated that there are more than 3.44 billion workers around the world. Nowadays, internationally, there is a trend of workers moving to other countries for jobs and Nepal also being one of them from where workers go abroad to work in vast numbers with the government estimating that around 1.4 million Nepalis leave the country annually for foreign jobs.

History and Origin of International Labor Day – May Day

Inspired by ancient Greek festivals of the Anthesteria, May Day was originally a celebration of Spring, the rebirth taking place in nature during the month of May-June. Traditionally, May Day was characterized by the gathering of flowers and the fertility ritual of dancing around the maypole. But, with the passing of the time, nowadays in Socialist and Communist countries, It has become a labor festival to honor the industrial and other workers in general.

The 8-hour work movement to reduce the working day from 10 hours to eight hours began after the Civil War in the U.S, which was a major aim of the then National Labor Union, with its first congress meeting which took place in (1866 A.D) i.e BS 1923. By the year (1868 A.D) i.e B.S 1925, congress and six states did pass the eight-hour working policy. During (1884 A.D.) ie B.S. 1941, the National Federation of Organized Trades and Labor Assemblies called a general strike on May 1, 1886, i.e 1043 B.S, to enforce the demands of employers to observe the eight-hour workday. In (1947 A.D) i.e 2004 B.S, amidst the anti-Communist Cold War frenzy between then Russia and the US, the US veterans fighting on Foreign Wars renamed May 1 as “Loyalty Day” and the congress after a joint session made the above pronouncement official.

In many countries, May 1 holiday was secured by trade union agitation which was supported by socialist parties. But, in Germany where such agitation proved futile, it was set in motion in (1933 A.D) i.e 1990 B.S. as an award by Adolf Hitler, which was promptly followed by the dissolution of trade unions. Whereas, the United Kingdom, instituted May Day Bank Holiday in (1978 A.D) i.e B.S 2035 for trade unions to celebrate but to minimize the damage to the business it was held on the first Monday every month of May.

The Chinese government extended Labor Day to 3 days during (1990 A.D) i.e 2047 B.S and made it a seven-day holiday by moving the prior and upcoming weekends added together with the three days. These seven days served as a holiday allowing millions of Chinese people to travel during this period but, later on, the government deducted this holiday down to one day only in (2008 A.D) i.e 2065 B.S.

Lastly, but not the least, as Nepal started celebrating May Day after the establishment of Democracy in the year 2007 B.S i.e 1950 A.D only and as before that time the political scene did not permit these kinds of activities in the country, just organizing processions, speeches, protests rallies, and parades is not sufficient nor efficient to protect the workers, labors right and to empower them. Thus, Nepal’s’ major political parties and affiliated labor unions in joint coordination with the Government of Nepal, non-profit organizations, trade unions, including private sectors too need to use their creativity, and diligence to uplift these people from the current state of poverty, oppression and low wages, etc. This is the principal need of the country right now in this transitional phase that we are going through by abolishing Monarchy and entering the new era of Republic. 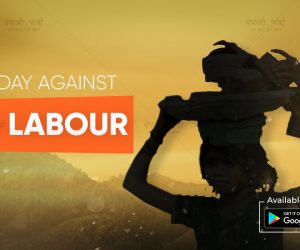