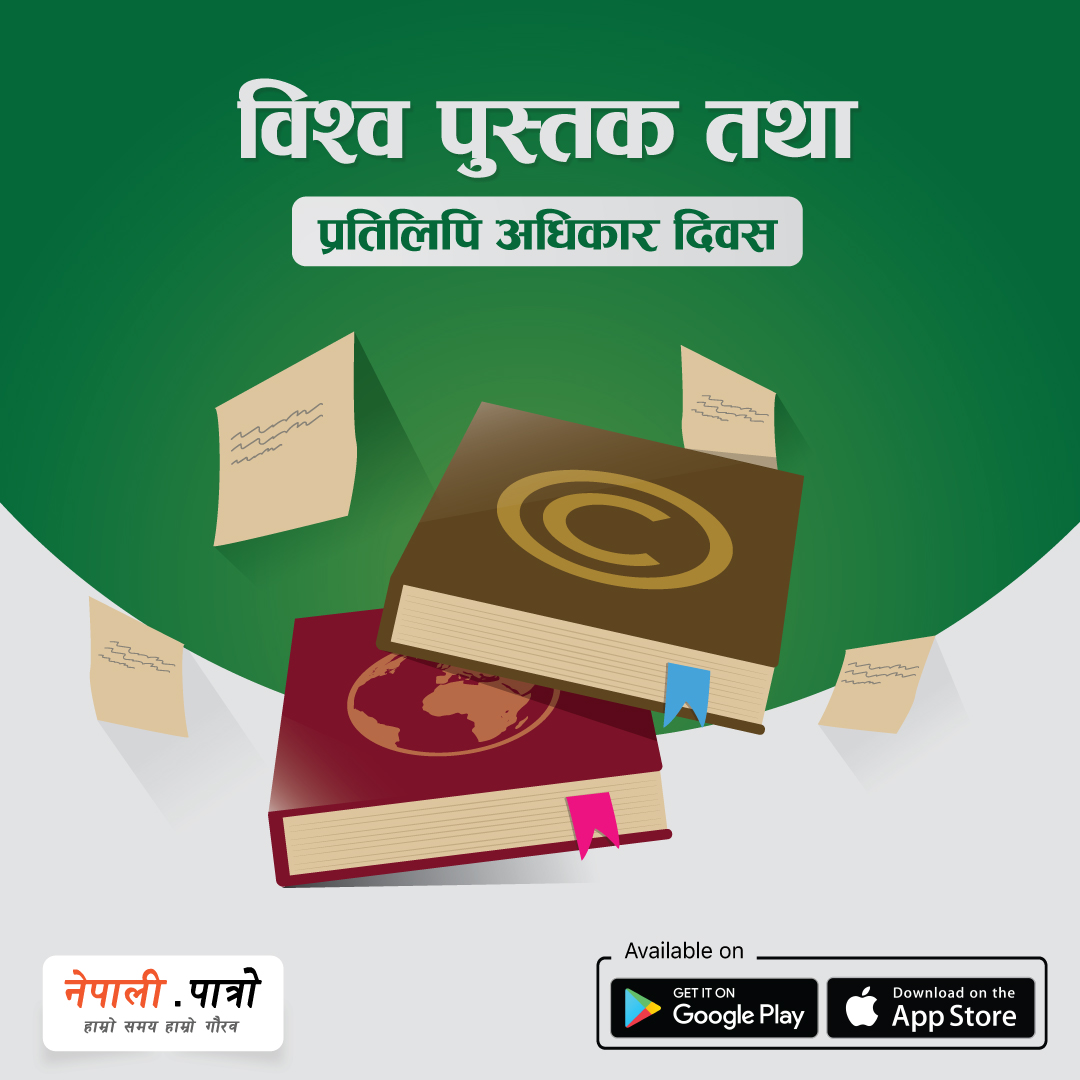 There is a popular saying, “wear an old coat, buy a new book”. Although this statement may not be fully realized, “World Book and Copyright Day” is celebrated in Nepal by organizing various literary festivals and ceremonies.

In 1995, the General Assembly of the United Nations Educational, Scientific and Cultural Organization (UNESCO) in Paris, France, declared April 23rd as World Book and Copyright Day. April 23rd is the anniversary of the great writer and world-renowned playwright William Shakespeare. UNESCO has been celebrating this day to promote the study, publication, and promotion of intellectual property rights.

The Context in Nepal:

In the case of Nepal, Laxmi Prasad Devkota‘s “Muna Madan” is the best-selling book in its history, according to Ratna Pustak Bhandar. Similarly, the names of the books included in the textbook include the novel “Basai” written by Lil Bahadur Chhetri and “Shirishko Phool” by Parijat.

Similarly, Nepal-bhasa (Newa: community-speaking regional language, also known as “Newa: bhaye” in local dialect) authors began the tradition of translating popular Sanskrit texts into Nepal bhasa around the 14th century. Among the texts translated at that time, “Bichitra Kautuk” of 1373, and “Harmekhla” composed in 1374 are prominent.

Newa: Bhasa/Language poet Siddhidas Mahaju, whose real name was Siddhidas Amatya, is known as the great poet of Nepal Bhasa. He even translated the Ramayan into Nepal Bhasa. Along with Ramayan, he also wrote many poems related to morality.

This day, considered an important day in world literature, has only been celebrated in Nepal for only a few years. The main reason behind this celebration is to develop the culture and habit of reading books in the younger generation. In this new age of digital technology, 75% of book sales worldwide are online and the remaining 25% of books are still sold from bookstores.

This day is celebrated by exchanging “white spinach” for book lovers. This also is a day to buy books by favorite author/s and give them as gifts to friends and relatives. It can be said that books can play a multi-dimensional role in bridging the gap between knowledge and ignorance as well as between means and ends.

There are plenty of places to say that book study is a necessary means to add sharpness of thought, and firmness to the conscience. Experience shared by book readers says, “the less you read the book, the more the knowledge shrinks”. By studying different books, the feeling of tolerance between people of different castes, religions, communities, and sects can be generated in the new generation.

Many people can benefit from one single book by promoting the practice of allowing others to read the same book by giving it as gifts. This practice, if adopted, can prove beneficial in developing the habit of reading. Programs of giving books as a gift can be organized to enhance the reading culture. By doing so, a book will definitely help to inform more people and individuals about it and the knowledge it imparts.

As copyright has become a hot topic in today’s world, the role of this day is also very important. Copyright plays a major role in protecting the rights of all writers, artists, musicians, and other creative personalities. International organizations such as the World Intellectual Property Organization (WIPO) have been playing a very important role in the field of copyright. The Bern Convention has also been established for the protection of literary and artistic works, which advocates for the rights of those works.