Sonam Lhosar!!! Fyafulla!!! Readers, Today, Magh Shukla Pratipada is the Lhosar of one of the ethnic groups called Tamang. “Lho” means “Year” or “Age and “Sar” means “New” or “Fresh”. Thus, the word Lhosar means New Year or the beginning of a New Era. Sonam Lhosar celebrated and observed by Tamang, is celebrated as their New Year on the first day of the new moon after the winter solstice or to say in other words the next day after the no moon day of the month of Magh (Magh Shukla Pratipada, rarely the third if an intercalary month intervenes) as per the Bikram Sambat calendar.

This festival is known as Sonam Lhosar/Losar in Nepal and as Sonam Lochar in places as Sikkim, India where there are also Tamang communities living for a long time. Depending on how the day is interpreted by the Lunar Calendar as mentioned above, this festival may be celebrated on a different day in India and Nepal as well. In short, the old year’s farewell and New Year’s greeting is called Lhosar or Losar.

Sonam Lhosar is the most important and the biggest festival of the Tamang ethnic group. It is celebrated by the Tamang communities with great fervor living in every corner of Nepal along with the Tamang people throughout the world. The Tamangs have a tradition of counting the year which is associated with 12 symbols of different animals starting with the Rat and ending with the Boar.

The Tamangs divide their year into 12 months or cycles, each representing a zodiac animal symbol. This follows the same order as Lunar New Year and it is said that in Nepal, a long time back when there was no calendar, they used to use the 12 zodiac symbols system to calculate a person’s age too.

Like other different communities or countries, the Tamangs also celebrate their new year festival with great joy and religious fervor which normally can last from a minimum of five days to a maximum of fifteen days depending on the place and social status.

As the preparation for the Lhosar, the Tamang community cleans and decorate their house by painting, etc. to welcome the new year. The Stupas, Chortens, Monasteries, and mountain tops along with House Rooftops are also decorated with colorful prayer flags (consisting of five colors representing five elements) and decorative items are placed with the intention to bring peace, protection, and harmony.

On the first day of the new year, Tamang Family and friends visit Monasteries and Stupas dressed up in their traditional attires. During this occasion, the Buddhist monks perform dances with masks and typical attires too. And, the monks make different Ritual Performances with the purpose of expelling the negative forces and bringing positivity to the families and the people in general.

The New Year celebration might be a little different from one place to another, but in general, it is similar. People visit Monasteries, Stupas, and Chaityas to perform ceremonial rituals in these holy places. Typically, this celebration lasts for almost two weeks. Preparation of Lhosar begins by Preparing a special snack called Khapse (deep-fried bread, used by the sherpa community also) which is one of the special items eaten during the day of Lhosar.

The day before Lhosar, the whole family gathers up to clean and decorate their house; especially the kitchen as it is the place where the family prepares the necessary foods and delicacies during the festival as well as during the normal days. Traditionally cleaning of the house is to sweep away all or any bad fortune with the hope of making way for good incoming luck. Windows and doors are also decorated with colorful papers and clothes, couplets, etc with popular themes of good fortune, happiness, wealth, and longevity of the family members.

Several dishes are cooked for the New Year celebration among which the special one is a soup served with dumplings (Mo: Mo: also called C-Mo: Mo:) which is called “Guthuk”. The soup is usually made up of a mixture of various edibles such as rice, sweet potatoes, meat, wheat, Yak cheese/butter, green pepper, black pepper, radish, carrot, etc. The feasts of Lhosar normally include items such as pigs, ducks, chicken, and sweet desserts of various sorts including Khapse. On the day of the Lhosar, during the evening the whole family gathers and a hearty meal is prepared, served along with homemade liquor, etc. While the celebration takes place almost the whole night, once the clock strikes midnight, the gathered family and friends exchange traditional greetings, “Tashi Dhele” to each and every one.

In this way, by welcoming the New Year,  family and friends, etc stay up late in order to welcome each other to the New Year / Lhosar. During the night the family in the celebration of bidding farewell to the old year welcomes the new year with Music, Dance, etc performed with “Tamang Selo” in the beat of the Damphu.

As Kathmandu is a hub of different ethnic groups living together in this city, these days Tamangs living in Kathmandu gather in Tudikhel to celebrate Sonam Lhosar. There are different programs organized, with attractions such as Puja, Lok-Dohori competitions, Dramas, and Food Festivals to name a few.

In the mass of the Tamangs, they can be seen in their own ethnic attires, women, and girls wearing their traditional dresses, and jewelry with a traditional hat likewise, the men also are in the typical Tamang attires.

Who are Tamangs, and Their History in Brief

Tamangs are one of the largest ethnic groups of Nepal, around 8% of the total population of the country are Tamangs. Being one of the ancient tribes of Nepal they hail originally as the people of Yambu. The word “Tamang” is made up of two words, “Ta” signifies “Horse” and “Mang” is a “Rider’. Thus, we can make a connection between Tamangs as those who are associated with the Horse Trade and Riding. Not to mention one of the facts is that they are also considered “Horse Warriors”.

Being one of the ethnic communities from Nepal among many others, Tamangs, have their own culture and dialects which distinguish them from other ethnic groups. In Nepal, Tamang communities are generally located in the central highlands, hilly areas as well as around the Kathmandu Valley.

A very large number of Tamang communities can be found living in the middle hilly region of the Himalayan range of Nepal. Including the capital, Kathmandu, they are generally living in districts of Sindhupalchok, Kavrepalanchok, Nuwakot, Dhading, Rasuwa, Makawanpur, Dolkha, Ramechhap, etc.

However, Tamangs nowadays are not only scattered all over Nepal but, even in other countries around the world including North America, England, and some countries in Europe. A lot of this ethnic group also migrated to eastern India, especially to Sikkim, Darjeeling, Meghalaya, Asam, Nagaland to Guhati, not to mention those who are now living in Bhutan and Burma as well.

Tamangs are very rich in their tradition and culture, they speak the Tamang dialect which is one of the members of the Tibetan Burmese Family. Therefore, they have their own tradition, language, dresses, culture, and social structures. Most of these ethnic groups follow Buddhism as their religion but there are also some places where this ethnic group follows Tibetan Buddhism also. According to Nepal’s Central Bureau of Statistics, 90% of Tamang follow Buddhism as their religion.

Tamang Selo, Music of Tamangs and its origin.

The Tamangs have their own music, which is normally called and known as Tamang Selo. The musical instrument used during the program is called Damphu, which is a small round drum. It is a circular wood covered by the skin of a deer, and it is joined with thirty-two small bamboo pieces of pencil-like pieces and is open on one side. Tamang Selo plays an important part in festivals like Lhosar as well as other festival celebrations.

It is very common in this community to play Damphu and sing Selo, which can be explained as a combination of joy, sorrow or humor, etc. including songs of humor, philosophical thoughts, wits, and lifestyle, as well as the combination of life’s joys and sorrows. Like all other musical styles in existence Tamang Selo too has transcended the boundaries of social, linguistic, and cultural limits; therefore, it is one of the very popular Nepali music in Nepal.

According to the Tamang Legend, they used to live as nomads. They used to move from one place to another in search of food and shelter. This community used to survive by consuming wild fruits, yams, etc., and used to hunt animals for meat. They used to hunt all day long.  And, it was customary to share the hunt with the people living together as the hunting party consists of several families living in the temporary shelters.

Once, the leader of the hunting group, whose name was “Peng Dorjay” went hunting along with some members, but, alas! the group was empty-handed after searching for the kill the whole day. At last, in the evening while returning back home without a kill, the leader suddenly saw a deer grazing on a high cliff.

Peng Dorjay immediately aimed his arrow and killed the deer, then he skinned it and dried its skin under the sun. As soon as the deerskin went dry from the heat of the sun, he made a small, round drum using wood from Korirako’s tree (Mountain Ebony, Botanically also known as Bauhinia Variegata L), and then he started playing it, thanking God for the kill or the food. This same small drum type of musical instrument played by hand is known as “Damphu”.

Losar brings joy to all Tamang and Nepali as a whole as we all are Nepali by celebrating this wonderful Sonam Lhosar.

Therefore, Fyafulla, let us celebrate and live in harmony.  Warmest wishes to all Nepali Patro readers as well as other readers on this occasion. To Read this article in the Nepali Language please click here. 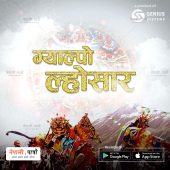