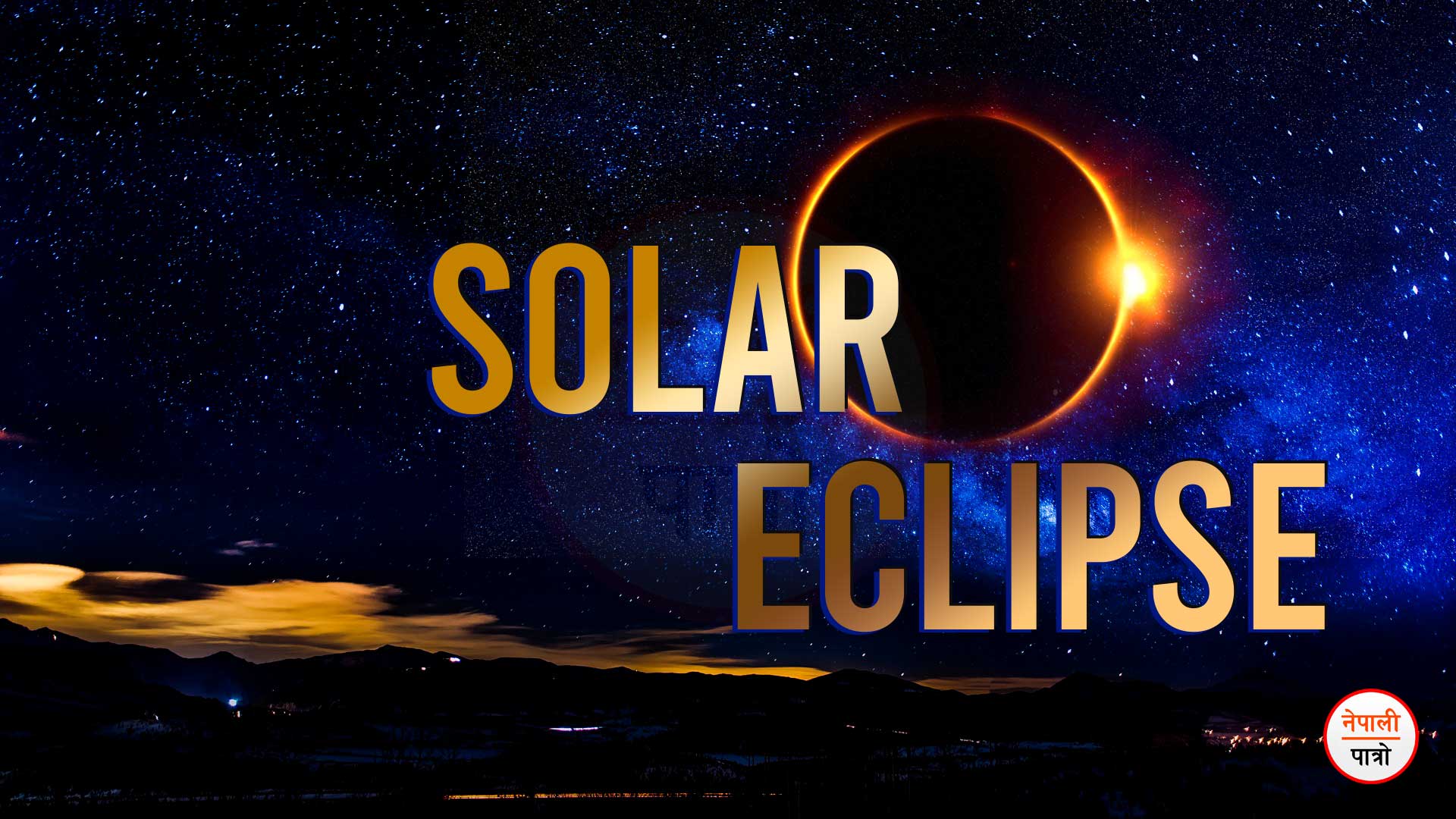 Solar Eclipse not seen from Nepal.

A Solar Eclipse is taking place in some parts of the southern hemisphere on Saturday, Baisakh 17. This is the first eclipse of the New Year 2079.  This partial solar eclipse on April 30 will be visible only in the southwestern part of South America, the South Pacific, Atlantic Ocean, and Antarctica.

The eclipse will start at 12:30 on Saturday night according to Nepali time and it will end at 4:22 in the morning. The total duration of the eclipse will be 3 hours and 52 minutes. The eclipse will not be visible from Nepal, and India, including Australia, Europe, and North America. In a religious society, there is a provision of following some practical prohibitions and Sutak during the eclipse. However, according to the scriptures, during an invisible eclipse, those prohibitions do not have to be observed.

How does Eclipse take place?