The process of the sun, moving from one zodiac to another is called Sankranti. The day Suryanarayan enters Cancer (Karkat) from Gemini (Mithun) is called Shravan Sankranti or Saune Sankranti. Shravan is the fourth month of the calendar based on the solar system. From this day, Suryanarayan takes a southward transition and the rainy season begins on earth. After Suryanarayan takes the path to the south, the day-light starts getting short, and night-time increases in the northern hemisphere of the earth. As the sun gradually moves southward, the days get longer in the southern hemisphere of the earth, and the nights get shorter.

Shravan is a month associated with rain, mud, and agriculture. Due to the end of the summer season and the beginning of the rainy season, during the month of Shravan, people get various skin infections such as rashes, sores, herpes, scabies, etc provoking itchiness with wounds. Therefore, from ancient times special care has been taken on this day for performing Kandarak worship which is confirmed by the context described in the scriptures. In Sanskrit, ‘Kandu’ signifies to “Itch”. According to the scriptures, the god of this disease, Kandarak, should be worshiped on this day and scabies should be thrown away.

According to the general popular belief, in the evening of Saune Sankranti, people worship Lamps, Urns (Kalash), and Ganesh, as well as the god Kandarak and throw scabies to get rid of various kinds of skin diseases. On this day, all the members of the family immerse scabies in the wooden fire torch and throw it in the field. As per the scriptures following mantra should be recited while immersing scabies: –

In our society Saune Sankranti is established as a festival. As this festival falls during the middle of farming season the farmers do not have time to celebrate it with pomp, but it is customary to make special dishes and eat it during this time. The Tharu community celebrates this day as Guriyaparva. They make a Gurhi (idol) as a symbol of the disease, and in order to remove the disease from the village and to keep it disease free the idol is then taken to the southern part of the village and placed there. There is a public belief that whipping the Gurahi Idol with banana stalks will make the village free of diseases.

According to our Eastern philosophy, with the onset of Dakshinayan, when Suryanarayan takes southern transits, first the place where the dead, i.e. the ancestors live, begins to shine with sunlight. According to the classical beliefs, the god of death, Yama, is the lord of the south direction. Therefore, the first destination after death is considered to be the south direction. The constellation Magha is especially called the constellation of the for-fathers and ancestors. Therefore, after Suryanarayan enters the constellation of Magha (in the month of Bhadra), there is a classical tradition to perform patriarchal deeds (shraddha) first. But, after Dakshinayan, before the time of the ancestors, special festivals and days like Nagpanchami, Rakshabandhan, Janai Purnima, Krishna Janmashtami, Kushe Aunsi, Teej, Rishi Panchami etc. occur.

There is a tradition to worship Lord Shiva throughout the month of Shravan. Earlier in the true age (Satya Yuga), gods and demons worked together in search of nectar, to churn the sea and extract many treasures from the sea. In this process, hala hal poison called Kalkoot originated from the sea. Seeing that the world would become poisonous, Lord Shiva drank it and kept it in his throat to save the world. The burning sensation caused by the poison was so immense that Lord Shiva went to the Himalayas to extinguish it and created Gosainkunda. As there is a mythical story of Lord Shiva bathing in it to calm down the poisons’ effect, He is worshiped, by offering water throughout the month of Shravan.

There is another story in the Purans that mentions Lord Shiva bringing Ganga down to earth using his own entangled hair. Once, Shiva and Parvati were living in solitude at Antapur. At that same time, Agnidev arrived with the message of the gods, Lord Shiva made him hold his infallible semen, but Agnidev could not hold it thus placed it in the Ganga. Ganga bore it and Kumar Kartikeya was born after it.

In the month of Shravan, Parvati as is the form of Nature, takes on a green form, for the pleasure of men in the form of Lord Shiva, women wear green clothes, bangles, etc, and worship Lord Shiva every Monday by making offerings of the water from the Ganges. Thus, by controlling one’s senses and observing celibacy throughout the month of Shravan, one becomes full of Pradosh (defect) or fasting on even a normal Monday, bathing Lord Shiva in Ganga water, offering Shivaji’s beloved objects as milk, bael leaves, flowers, dhaturo (thorn apple), etc. and there is a scriptural statement which states worshiping him, will eliminate poisons as lust, anger, etc. and make the worshipers sinless.

All celibates, householders, virgins, married or widowed women worship Shiva by reciting Shiva Mantra according to Lord Shiva’s scriptural method during this month and get what one desires in this world is written in the scriptures:

One who can please Lord Shiva by performing rituals in the month of Shravan, surely will be freed from all sins. It is said in the scriptures that by the grace of Ashutosh Lord Shiva, one can get all the desires fulfilled from religion, wealth, honor, knowledge, wealth, bride or groom, position, prestige etc. There is a context where during this month, Parvati fasted on Monday and received Lord Shankar as her husband therefore, It is believed that fasting in a proper manner will lead to marriage with the person of one’s choice. Saune Sankranti 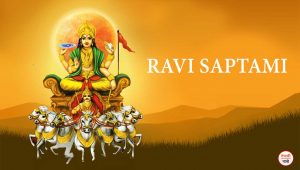