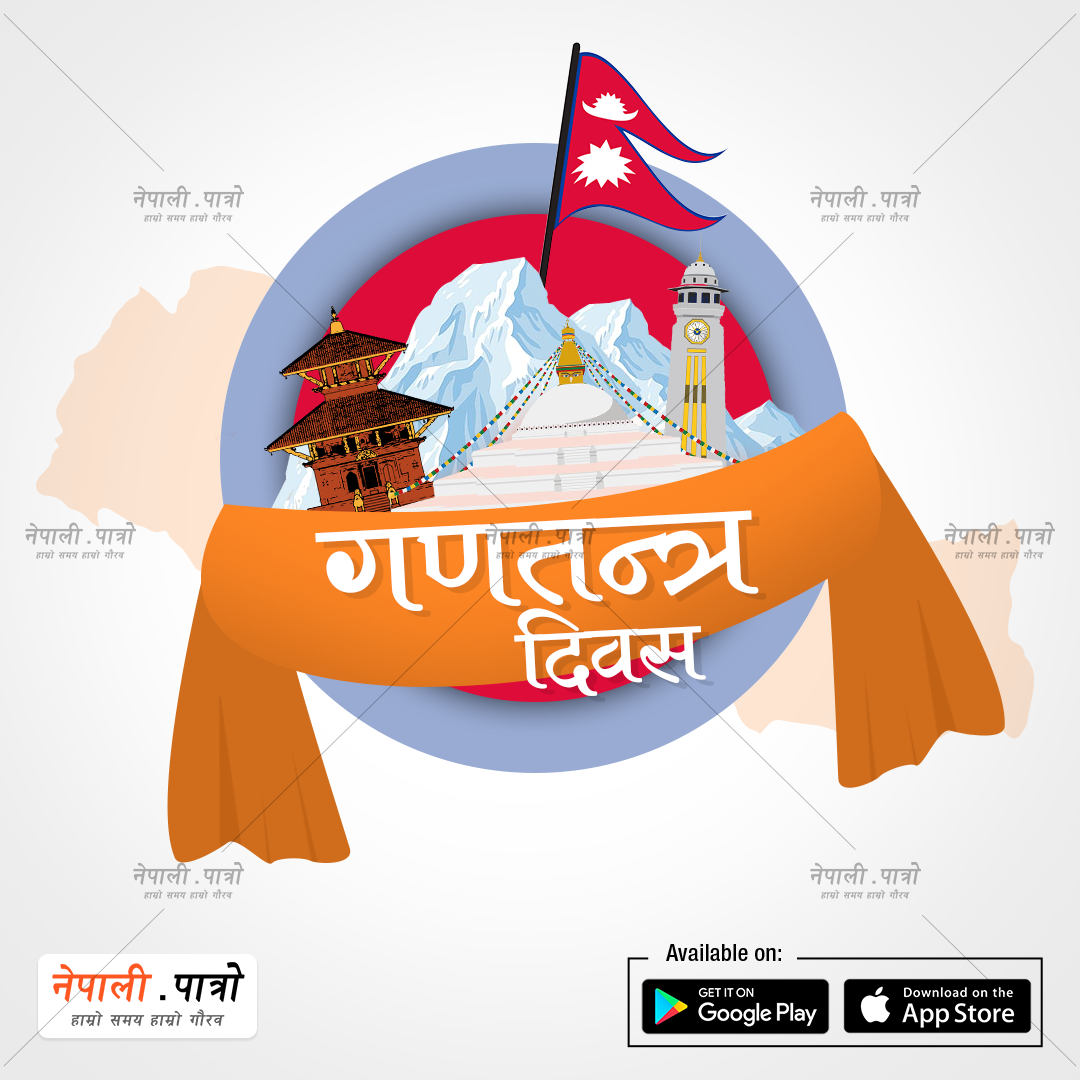 Nepalese people had struggled and sacrificed for ages to establish a system of governance from their own elected representatives. As a result, the first meeting of the People’s Constituent Assembly in Nepal, on B.S. 2065, Jestha 15th by dissolved the system of Monarchy and broke the walls of a ruling by certain dynasties, forever in their proposals, declared Nepal as a Federal Peoples Democratic Republic of Nepal. Republic Day/ Ganatantra Diwas is celebrated and observed in Nepal every year on the 15th of Jestha every year to commemorate this historic event.

This democratic system has done the job of equal citizenship by eliminating the bad system of discrimination, autocracy and inequality, and oppression prevalent in the history of Nepal. The term “republic” of the English word speaks to the people’s desire to build a diverse nation rich through tactical exercises with the participation of all people. The Constitution of Nepal 2072 has institutionalized the democratic system of working to advance the people’s desire to prosper and make all the people equally prosperous through the elected representatives, while federal, regional, and local elections based on the same constitution have given its practice a lively life.

At this time, we are taking the whole Nepalese people to the practice of institutionalizing the system based on the world’s best-known federal democratic republic. But compared to the time spent by the country in establishing an equitably inclusive society, the state has not been able to get the attention of the people for material development and economic prosperity. Whatever the struggle for rights in the country, there is a great need for greater diligence for the fulfillment of duties and prosperity.

The country has not yet taken the path of development and prosperity. It is getting too late to adopt the path of good governance, protection of the people, and prosperity beyond the system of governance. In this age, still, the struggle to eat and to survive is ironic. When will the desire to become prosperous by doing something in one’s own country while millions of Nepalese who are being forced to spend their energetic time of life away from home and family in the ravishing desert of the Gulf country? What is the country’s reliable income on alternatives to remittance? The time has come for the state to think of its alternative.

At present, the constitutional organs of the country are entangled in divisions. Education, health, and administration is confused and corruption is rampant everywhere. Today, farming is becoming sterile in the agricultural country of Nepal. Himalayas and mountains are vacant while the fertile land is getting plotted and divided. The pace of development is stagnant. Hydro-Power projects are still stuck in the bag. Just thinking about the arrival of the water from Melamchi, people are dying of thirst. Today’s challenge is to save the country from the many ‘black holes’ of the existing economy.

Initiatives are needed to be taken to lift the country from lack, poverty, and corruption first. In the present context, for the viability of the Republic, it is no longer a development, which is to end the budget at the end of the financial year but make it of proper use of resources, non-corruption can be achieved, economic discipline and good governance can be accomplished even if half of the objectives of the three levels of government are fulfilled.