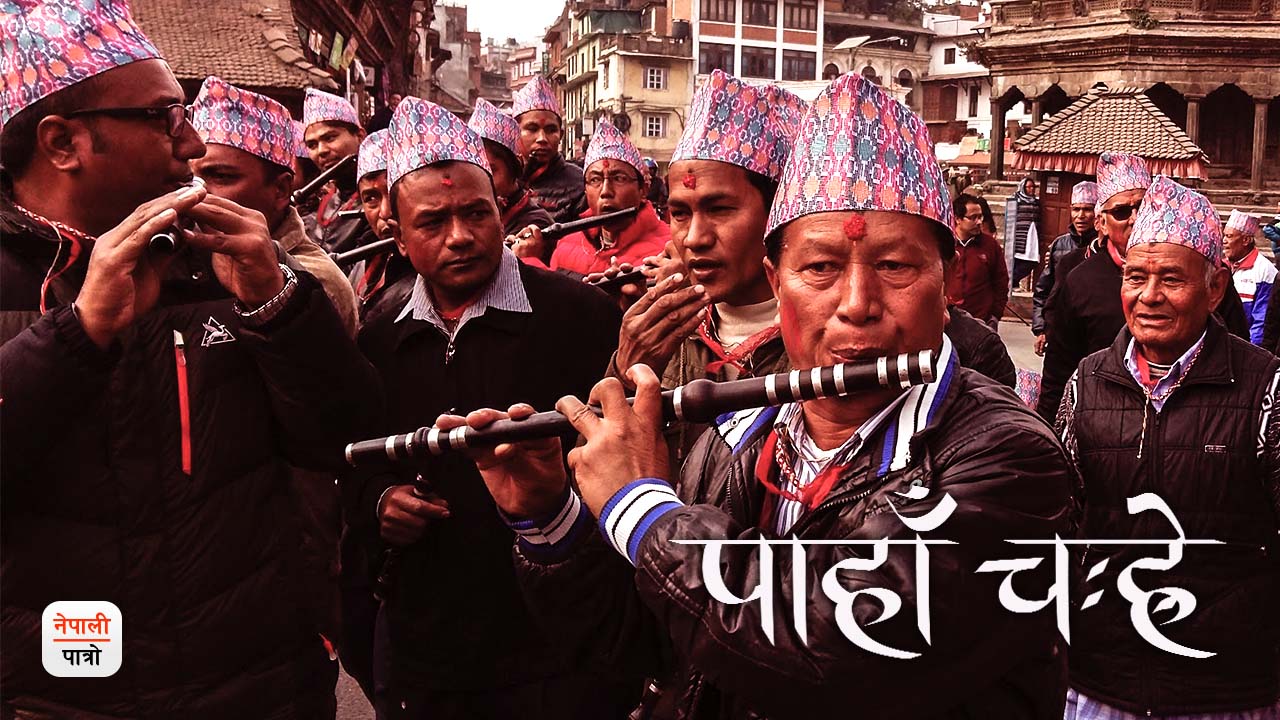 Pisachh Chaturdashi / Paha Chahre. Paha Chahre festival celebration is considered one of the fun and grand festival inside the Newar Community when talking about various festivals celebrated within this community. This day is also known as “Pisachh Chaturdashi” in the Nepali (Khas) language. Paha Chahre is a three-day-long festival of the Newar community and the custom of inviting guests for the celebration is known as Paha Chahre. In the Newari culture as in other communities, the guests are considered as a deity. That is the reason why there is a custom of inviting friends and relatives for a feast on this occasion.

In Nepal Bhasa, “Paha” means guest and “Chahre” means Chaturdashi. Paha Chahre festival falls on the Krishna Pakchya Chaturdasi date. The Newar community celebrates the religious celebration of Paha Chahre in order to prevent the spread of various diseases during the end of the winter months and the onset of summer.

There is a story about why god-like Mahadev needed to hide in the garbage as a vampire. Mahadev once asked Saturn, “When people get the Sade Saat Dasha, It is considered a lot of suffering. How can that be?” Saturn also replied, “You will also get it and then you will know.” To this response Mahadev told him, “But, could you even touch me?” to which Saturn replied again, “Now the time is coming for me to touch you.” Out of fear of being touched by Saturn (that is getting seven and a half years of misfortune or sade Saat Dasha), Mahadev hid in a place where garbage is thrown as he was confused about where to hide. After seven and a half years, Saturn also reached the same place on the day of Pisachh Chaturdashi or Paha Chahre. And told Mahadev, “I saw you,” to which Mahadev responded, “But, you have not touched me.” Then Saturn (Sani) responded, “I touched you the day you came to hide in this place.” Mahadev upon hearing Sanis’s response was unable to think what he should do. It is said that the Newar community has been worshiping “Luku Madhya” as Lord Mahadev, who was hiding in a place like this and got attained there. Luku Madhya: also means “Mahadev hiding inside the ground”.

A horse procession, also known as Ghode Jatra is celebrated in Tundikhel a day after Paha Chahre. According to one legend, the practice of horse racing was started because a demon named Gurumapa caused great suffering to the people in ancient times. And, he was trampled under the horse’s foot on this day.  On the day of Ghode Jatra, a separate celebration is done at Bholakhya in Patan, Lalitpur. According to one context, when there was a feud between King Pratap Singh Malla of Kathmandu and King Shri Niwas Malla of Patan around 787 Nepal Sambat this separate celebration of Ghode Jatra was started with the intention that the people of Patan should not to go to Kathmandu to observe it.

On the day of Paha Chahre i.e. Pisachh Chaturdashi, the chariots procession of Ganesh and Bhairav, including the Ajimas (goddesses) around Kathmandu, are performed. On this occasion, Shakti Peeths (power centers) of various deities including Kankeshwari, Bhadrakali, and Mahankal are duly activated by the Tantric method.

On the first day of the celebration, people worship Luku Mahadev and clean the places around their houses and streets. Some people even offer animal sacrifices on this occasion. On the second day, a festival begins in Asan where two khats (palanquins) are collided with each other near the Annapurna Devi temple. This act is considered as a symbol of two sisters meeting. In the evening, idols of the goddess are taken around the city for circumambulation. The idols of Goddess Lumaladi, Bhadrakali, Kankeshwari, and Bhairav are brought to Asan Chowk for the main festival of the day and taken to Tundikhel during the night. Every year on this day all these gods gather together.

This Khat Jatra is celebrated till the day of Chaitra Shukla Pratipada. On the night of Aunsi, three palanquins are taken to Tundikhel and they are collided with each other. According to one legend, when a Licchavi King built Kathmandu in the shape of a sword, he established 8 Azima Devi (8 sisters:- Bhadrakali, Kankeshwari, Naradevi, Mhepi, Maitidevi, Asandevi, Sankata Devi, and Lati) at different places. And, he started this Khat procession in the honor of the same Azimas. In the early day, the khats of these eight Azimas used to be collided with each other in Asan after the Khat Jatra, which was called “Dhwa Lwakegu Jatra”, meaning the collision of the goddess. But, in later days, only three khats are being collided. Paha Chahre festival is also known as the festival of eight sisters meeting in the valley of Kathmandu.

On the occasion of Paha Chahre i.e. Pisachh Chaturdashi, best wishes from the Nepali Patro calendar to everyone. May this festival, like every other special day, develop unity, brotherhood, and harmony among all of us.  To Read this article in the Nepali Language please click here. 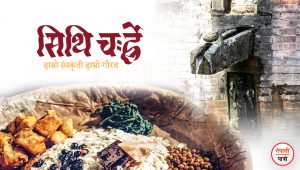 By Nepali Patro (Sudan Bhattarai Upadhyaya) in Festivals .
May 25, 2022
1 Comments