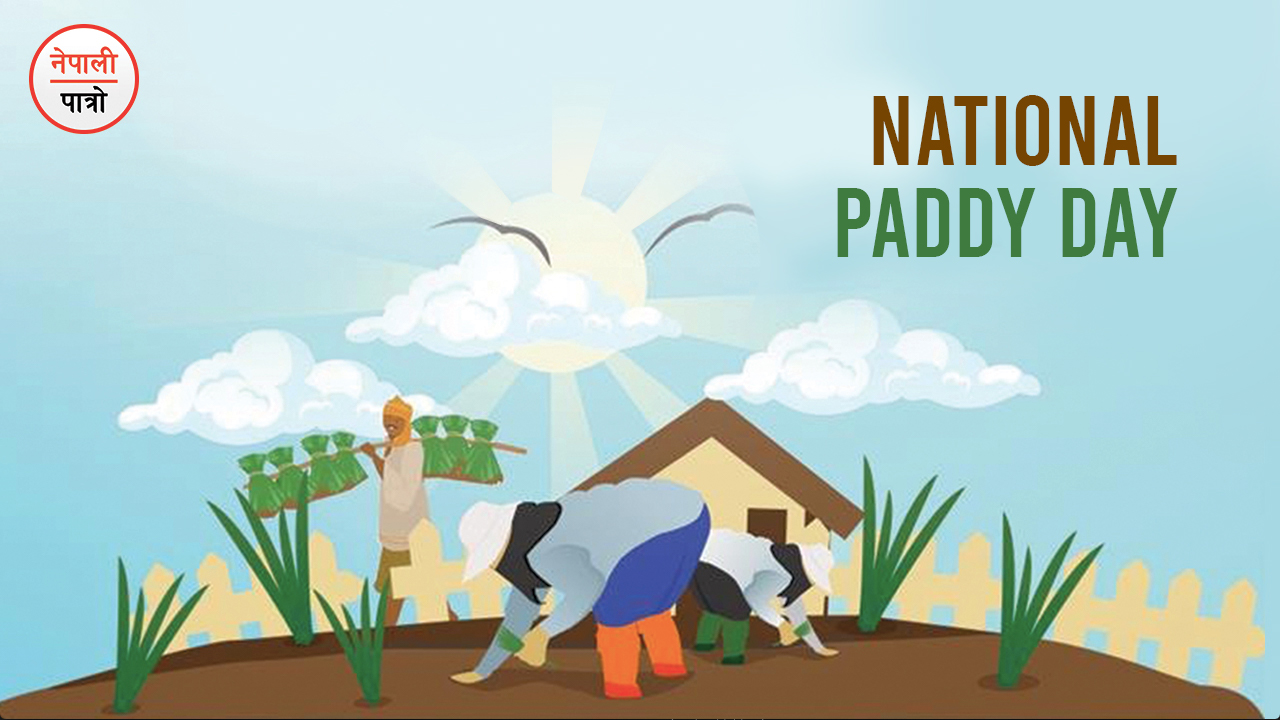 The 15th of Asar, i.e. “National Paddy Day”, is celebrated with the slogan “Let’s protect agricultural land, and increase the paddy/rice production”. This day is also known as “Ropai Mahotsav” or “Ropai Diwas”.

As our country Nepal, is an agricultural country, Asar the 15th is traditionally celebrated by consuming Curd and Beaten Rice also known as Dahi-Chiura. According to legend, in the state of Tilaurakot, a historical place in Kapilvastu district, King Suddhodana started plowing fields with a golden plow and planted paddy/rice on this day. Recently, the Ministry of Agriculture has started celebrating this day as ‘National Paddy Day’ with the objective of respecting the labor of farmers. In Nepal, the celebration of Asar 15 has been started as National Paddy Day since the year 2062 BS.

In Nepal, National Paddy Day is celebrated in different ways these days. The government officially celebrates this day with its own programs, while the farmers of rural places celebrate it in their own way. There is a belief that one should play in the mud and touch it even if it is only once on this day on the occasion of this day. Since sowing is celebrated as a festival on this day, it is customary to sow paddy in the muddy field and sing Asare songs.

From time immemorial, it has been a tradition in Nepali society to eat Dahi-Chiura on Asar 15 and Kheer on Shrawan 15. Today, Asar 15th is considered to be the longest day of the year, and even the Asare songs sung in the muddy field say that winter has started as the day is getting shorter and the night is getting longer from today.

Today, farmers plant paddy in the plowed fields and the workers love the soil that produces or gives food while playing with it. This day is also the day to exchange love through the verses of Asare songs. It has been a tradition of farmers to celebrate this day by eating Dahi-Chiura along with pickles and fruits while singing songs in the field during the paddy plantation.

Yogurt and Beaten Rice are the eastern dishes or food items that provide nutrition and coolness when one is tired during the paddy plantation. While having fun in the field and eating lunch, various Asare songs like the above verse are also sung.

As National Paddy Day is associated with Nepal’s agricultural sector, various organizations celebrate this day with various programs. The Ministry of Agriculture celebrates this day by planting paddy in various agricultural programs.

This day, which is known as the day of planting handfuls and cultivating sacks, is celebrated by paddy plantations in most places. According to experts, it is customary to eat beaten rice with curd as it gives energy to the body which is wet in the rain.

The government started celebrating this day as National Paddy Day, giving importance to paddy/rice production as it is the mainstay of food security in our country. On this day, a special program is organized at the Agriculture Office of Khumaltar in Lalitpur, the capital of the country. The practice of involving foreign tourists in the paddy plantation in some touristic places like Pokhara has also been in trend for some years now.

However, over the past decades, food items such as paddy and rice are exported to the country in greater quantities than before and its production has declined sharply. Similarly, agronomists say that even though the government has been celebrating this day as a special day, paddy production has not been able to increase due to the lack of access to modern technology and agricultural tools. Apart from the above-mentioned reasons, the failure to seek expert advice and put it into practice is one of the reasons for the decline in paddy production.

In Nepal, the decline in paddy production is due to various reasons. Among them, are the migration of young manpower out of the country, fragmentation of agricultural land, ownership of large tracts of land in the handful of limited people, lack of proper irrigation system and dependence on rainwater, and lack of adequate supply of improved varieties of seeds, fertilizers, etc. are the most common factors. At the same time, experts say that the overall agricultural system has been affected due to the lack of subsidies in the agriculture sector by the government.

Recognizing the importance of food crops and industrial crops with the objective of reducing the dependence of the country, separate crop development centers have been established under the Department of Agriculture. However, the significance of this day will not be clear unless the main objective of these centers is to conduct appropriate programs to solve the problems of all the farmers across the country and to focus on increasing paddy/rice production in coordination with the concerned stakeholders.

All concerned should be focused on increasing paddy production in the country by developing policies and programs at the national level. Just celebrating this day by planting paddy in the flower pot for the sake of popularity will not be justified.

On behalf of the National Paddy Day, we at Nepali Patro express our best wishes to all our farmers out there and our readers all around the world. To Read this article in the Nepali Language please click here. 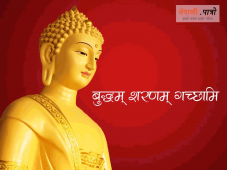