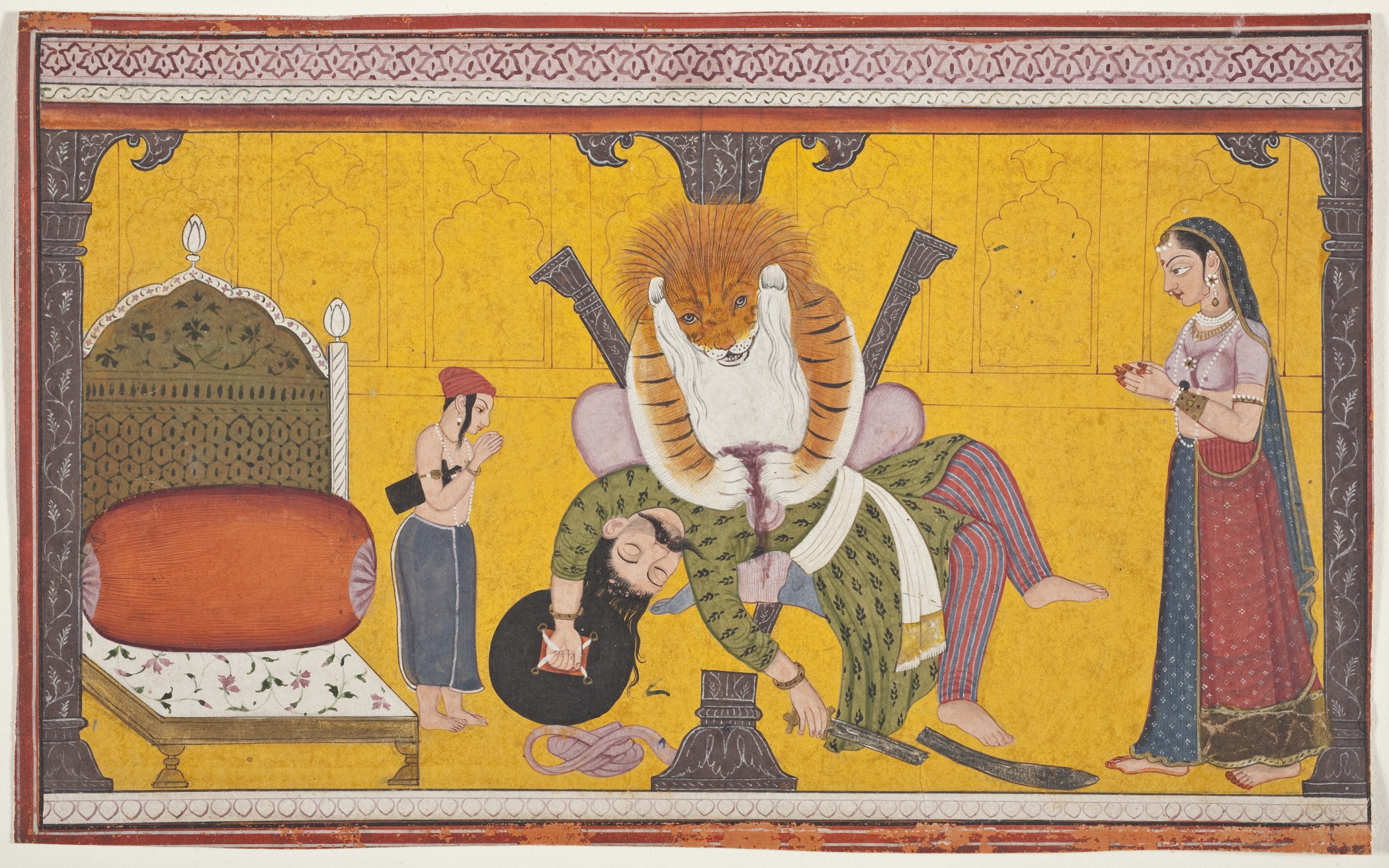 The incarnation of Lord Narasimha (Narasimha Jayanti) took place on the evening of Chaturdashi in the month of Baisakh. God took the incarnation of Narasimha and protected Prahlada. Since the fast and offering of Lord Narasimha is regular act, all human communities must take this fast. God takes the form of incarnation as per the need and takes care of the welfare of the individual, society, nation and the world. Many subjects of God who have not failed to perform their duties through incarnation can be seen and heard through the scriptures. The lord Bisnu incarnated as Narasimha to protect bhakta Prahlada and to establish the boon of Brahma. From which Hiranyakashipu was rescued and while protecting Prahlada, lord bishnu proved himself to be a true believer in defending the religion and establishing the religion itself.

Chaturdashi date of Baishak Shukla Pakchya, evening time, Swati Nakshatra, Saturday, Siddhi Yoga, Saubhagya Yoga in Banijakaran Anandadi Yoga, if all yogas fall together it is considered to be very auspicious. Even if all the yogas are not in its places Baishak Shukla Chaturdashi is the main day. The birth anniversary is always dated. The scriptures say that it is best to combine yogas.

Above lines mentiones:- It is better to combine Swati nakshatra, Shaniwar, Siddhi Yoga, Banijakaran Saubhagya Yoga, etc but, even if these yogas are not combined, since the date of birth is predominant, Narasimha Jayanti should be celebrated on Chaturdashi and all castes, creeds, and businessmen have the right to observe the fast.

On the evening of Baishak Shukla Chaturdashi, one should sit down to worship properly and make a vow by making a karma patra.

Worship of Deep – Kalash – Ganesha, Rakshabandhan Puja, and worship of Kalashkandha-Pradesh should be started by performing Argha Puja followed by the worship of the principal deity Narasimha –

In the middle copper plate, with Ashta Dal written on it, Lord Narasimha should be worshiped with sixteen different acts of homage. After Prana Pratishtha of the image of Narasimha, and by providing the Asana, Padyajal, Arghya, Achamaniya, Snaniya, Milk, Curd, Ghee, Honey, Sugar and Panchamrit, by bathing the figure with Shuddhodak Offering bel leaves, flowers etc. and incense, lamps, offering fruits, betel spice, Dakshina, Aarti, finishing the worship with circumambulation one must apologiz for any mistake done during the worship. The karma should be completed by performing a Havan the next day by staying awake at night.

Mantra to give Arghya at the end

Special Thing to Know About

The incarnation of Lord Narasimha is a very uncommon incarnation. Lord Bishnu has incarnated, in a new form to awaken the integrity of the devotees and to make the word of the devotee come true. Such a form of attention is quick for the devotee to take on that is why he took a new and unique incarnation. To the instant gift given by Shiva and Brahma, there are many examples in the scriptures where Lord Bishnu proved the truth by presenting himself in various forms, one by one. Towards the end of the tenth chapter of Bhagavat, when Brikasur tried to kidnap Parvati, because of the boon given by Shiva, Lord Bishnu killed Brikasur by making various excuses. Here, when Hiranyakashipu because of Brahmaji’s gift, was about to destroy the Trilok (three worlds) and kill bhakta Prahlad God took the incarnation of Narasimha and protected the devotee, and killed the sinful Hiranyakasyap. The fact that 21 clans, including Hiranyakashyap, were saved because of Sadhkul Prahlada, from this Narasimha Jayanti and Narasimha incarnation is found as education to save clans when one true devotee is there in a clan.