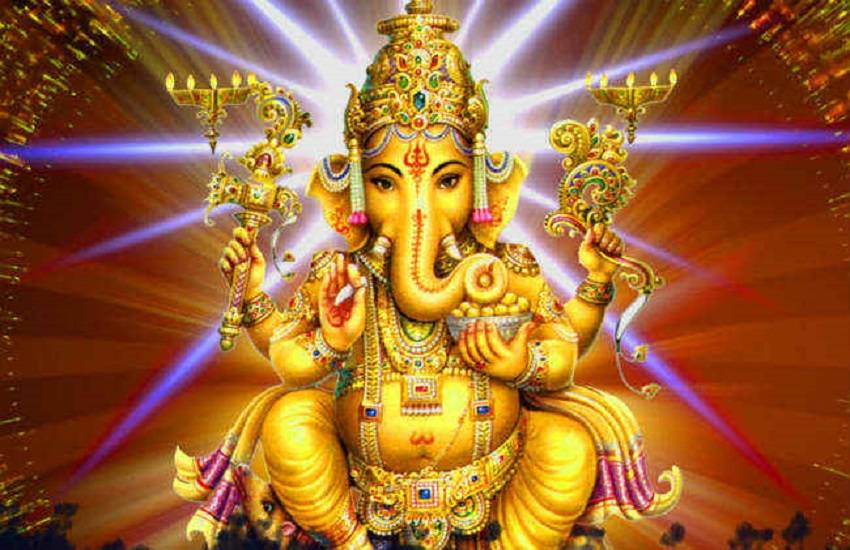 The day when Chaturthi Tithi and Tuesday both coincide the same day is called Mangal-Chaturthi or Mangal-Chauthi. Mangal Chauthi is the most auspicious day to worship Lord Ganesh. On this day, there is a tradition to bathe early in the morning, wear clean and pure cloth, and worship Lord Ganesh alongside his parents Shiva-Parvati as well. On this day worship of Lord Ganesh should be done according to the scriptural method of worship-adoration, singing hymns, chanting of Sri Ganesh Stotra, and recitation of Ganesh Atharvashirsha as well as story-telling, etc are to be performed.

It is a customary tradition to fast regularly every Tuesday from the Mangal Chauthi for the pleasure of Lord Sri Ganesh. When fasting in this way, the devotees should worship the consecrated idol of Sri Ganesh seated, on a mouse, holding an ax and a noose in his hands methodically with sixteen acts of homage. While chanting the mantra of Lord Sri Ganapati, flowers, akshata, sandalwood, vermillion, saffron, Janai, Bermuda grass, garland, fruits, betel nut, etc. should be offered. Sri Ganesh’s favorite dish is laddu, therefore he must be granted sweet laddus. After worshiping Lord Ganapati in the evening, one should worship the moon and planet mars by giving them Aargha (water homage). To conclude the fast all the members of the family should gather together and observe the concluding ceremony by performing the Aarti of lord Sri Ganesh.

Lord Sri Ganesh is the auspicious deity. He removes all sorrows and obstacles and gives perfection in all kinds of deeds. Worshiping, and fasting on this most beloved and special day of Lord Sri Ganesh provide one with knowledge, wealth, son, happiness, etc., and destroy the three main physical, verbal, and mental sins that are deliberately earned and accumulated by a person. It also destroys supernatural, metaphysical, and spiritual problems. Desired fruit can be obtained by worshiping Lord Ganesh with reverence, devotion, and being a selfless devotee. According to various Purans, and local scriptures by worshipping Ganesh properly childless couples also can have children.

Ganesh, with a short and fat body, with a facial look like a beautiful elephant and long belly, moving his cheek as if for protection against bumble-bee attracted by the fragrance of wine, adorned like vermilion by the blood of his enemies who have been torn apart by the injury of his teeth and the lord who bestows desires and accomplishments son of Shiva- Parvati millions and millions of Salutations to Parvatiputra Lord Sri Ganesh. To Read this article in the Nepali Language please click here.