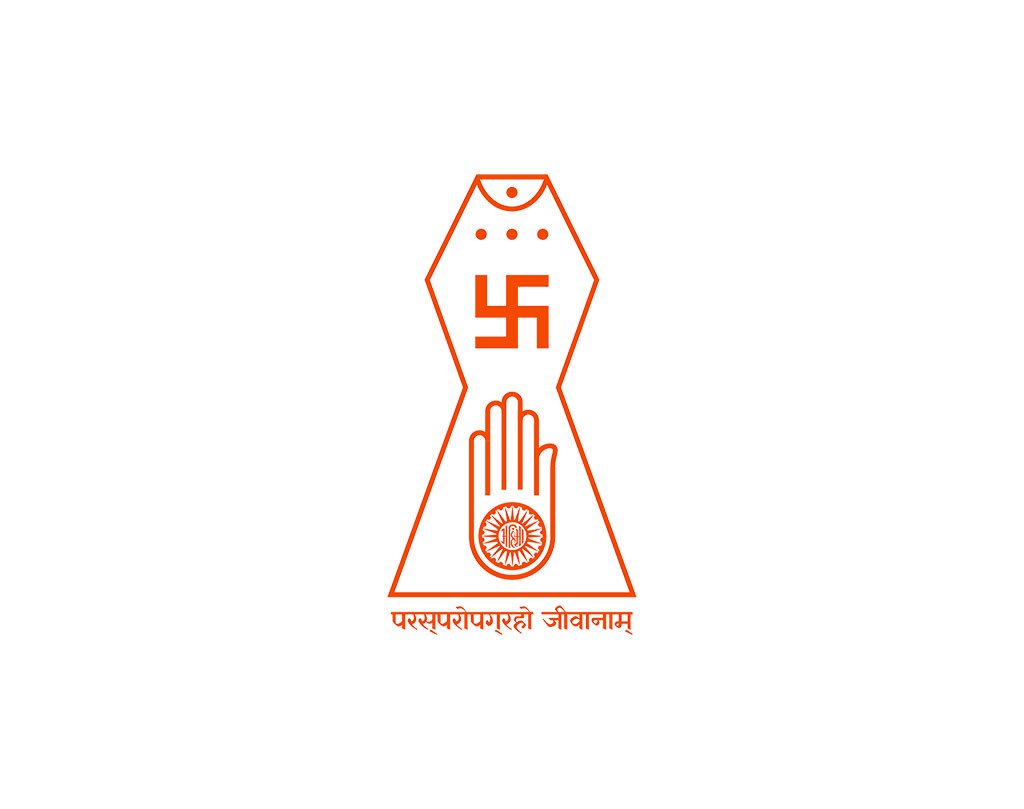 In Jainism, all objects, plants and animals have souls. Inanimate things like stones, minerals et cetera have one soul, plants two souls and living beings have three souls. This religion, whose fundamental concept is non-violence, allows one to take food that has up to two souls, that is, plants and minerals. Hence, the followers are strictly vegetarian. Another Jain belief is that the universe has always existed, that it was not created by any divine power, and changes in it are due to forces existing in nature.

The word jain comes from jina which means “he who has conquered himself.” The followers of Jainism are a minority community in Nepal. According to the 2011 Nepalese census, there are 3,214 Jains in Nepal, down from 4,108 in 2001. There is a Jain temple in Kathmandu, Nepal. Bhadrabahu, the last Jain ascetic to have complete knowledge of Jain scriptures, was in Nepal for a 12-year penitential vow when the Pataliputra conference took place in 300 BCE to put together the Jain canon anew. The Jain society inaugurated the Lord Mahavir Jain Niketan in 1979. The pratishtha (foundation) of the Jain temple was performed in 1996.The Jain temple consists of different floors for different sects. Mahavir Jayanti is celebrated and observed in Nepal and world wide on the thirteenth day of the bright half of the moon on the month of Chaitra, ie Chaitra Shukla Trayodashi, which can fall on March – April or April- sequence as per Bikram Sambat (B.S). Thus, the exact date might never be the same one, every year, as of the Gregorian Calendar.

Large number of Jains live in Morang, Kathmandu, Sunsari District , Jhapa and Saptari that we know of, also celebrate Mahavir Jayanti, but may be with passing of time they might be in other places of the country as well. Jains in Nepal practice Jain unity, Digambar or Svetambara, anyone speaking any language could become a member and carry out Jain religious activities, keeping to fundamental principles of Jainism.

When the lamp arrives, the darkness dies.
In the same way, in the face of man’s penance sin vanishes.
When the oil of the lamp is consumed, darkness arises.
Similarly, when the virtues end, evil returns.

Historically speaking, Lord Mahavir (fifth century before christ, 599 B.C.) was the twenty-fourth and the last Tirthankara of the Jain religion. Before him in Jain mythology other 23 prophets or tirthankaras are mentioned, and as of Jain philosophy, all Tirthankaras were born as human beings but later on they attained a state of perfection or enlightenment through meditation and self-realization.

Mahavir, born as a prince India when he reached the age of 30, left his family and royal household, gave up his worldly possessions, including clothing and became a monk. Then he spent about twelve years in deep silence and meditation to overcome his desires and other feelings. He went without food for long periods and carefully avoided harming or annoying other living entities like animals, birds, and/or plants. His spiritual journey lasted for twelve years after which he realized perfect perception, knowledge, power, and bliss, and it is known as kevala-jnana. He spent the next thirty years traveling on bare feet preaching the eternal truth and attracted people from all walks of life, from rich to poor, from kings till commoners, men and women, et cetera. Then, organized his followers into a four-fold order, namely monk (Sadhu), nun (Sadhvi), layman (Shravak), and laywoman (Shravika). Now we all know them as Jains and they all celebrate this auspicious Mahavir Jayanti.

The ultimate objective of Mahavir’s teaching is that one can attain total freedom from the cycle of birth and death, life, pain, and misery, by achieving a permanent blissful state of one’s self. This is also known as Mokcha, liberation, nirwan (nirvana) or absolute freedom. He explained that from eternity, every living soul is in the bondage of karmic atoms, accumulated by its own good or bad deeds of the past. Because of which, or because of the influence of karma, our soul is accustomed to seek material pleasures, to materialistic belongings and possessions. These are deep-rooted causes of self-centered violent thoughts, deeds, anger, hatred, greed, etc resulting in the accumulating of more bad karma. His preaching that the right faith (samyak-darshan), right knowledge (samyak-jnana), and right conduct (samyak-charitra) all practiced together will help to attain the liberation of one’s self and the heart of right conduct in Jainism lie the five great vows:

Therefore, Mahavir’s message reflects freedom and spiritual joy of the perfect living being and is full of universal compassion.

At the age of 72 (527 B.C.), Lord Mahavir died and his purified soul left the body achieving Mokcha. He became a Siddha, pure consciousness, a liberated soul which lives forever in a state of complete bliss. Thus in memory of his accomplishment Mahavir Jayanti is observed all over the world.

Significant points of life and teachings of Lord Mahavir

Mahavir’s spiritual power, his moral grandeur teachings impressed the mass of people and it made the religion simple and natural, completely free from elaborate ritual complexities. His teachings reflected in the popular impulse towards the internal not the external beauty and harmony of the soul. Mahavir eradicated the concept of God as creator, protector, and/or destroyer from the human intellect denouncing the worship of gods for attainment of salvation. His teachings on the idea of supremacy of human life by emphasizing the importance of the positive attitude in this life. Lord Mahavir, preached the teaching of universal love, emphasizing all living beings are equal irrespective of their size, form, teaching a concept that we should respect, love, treat all equally even whether one is spiritually developed or under-developed.

In his spiritual advancement, Mahavir envisioned both men and women are on an equal footing, therefore giving way for renunciation and liberation that attracted women as well.

After a few centuries of Mahavir’s nirvana, Jain religious order (Sangha) grew more complex affecting the original doctrines as preached by the Tirthankaras. New or later generations saw the introduction of ritualistic complexities which almost did place Mahavir and other Tirthankars on the throne of Hindu deities.

The first change was the Jain religious order or Sanghas’ into two branches namely Swetpat also spelled as Swetambar, Shvetambara or Shwetambar being one of them. The other being the Digambara also known as skyclad. Shwetambar means dressed in white or “white-clad”, and refers to its personnels practice of wearing white clothes, which sets it apart from the Digambara branch. Digambara Jains, whose ascetic practitioners go naked. But, swetambar, unlike Digambars, do not believe that ascetics should practice nudity and a significant majority of Jains are Svetambaras. The Digambara and Svetambara branches have had historical differences ranging from their dress code, to their temples and iconography. The attitude towards Jain nuns, their legends and the Jain texts which they consider as important.

Digambara monks are very strict and cherish the virtue of non-attachment and non-possession of any material goods. Digambara Monks carry a Picchi ( broom made of fallen peacock feathers to remove even the smallest life, thus saving the life of insects in their path or before they sit), Digambara literature can be traced to the 1st-millennium CE, with the oldest surviving sacred text Satkhandagama of Dharasena (Mudbidri manuscripts) of mid second century. One of the most important scholar and monk of the Digambara tradition was Kundakunda.

The Svetambaras and Digambaras disagree on the starting of the Svetambara branch in Jainism. According to Svetambaras, they are the original followers of Mahavir, and Digambaras arose around 609 years after the death of Mahavir i.e about 1st-century CE. A person named Sivabhuti who became a Jain monk, after a fight at home is accused of starting the Digambara Jain branch, what Svetambara tradition calls as “eight concealments” of rejecting Jain texts preserved by the Svetambar tradition. They call it a misunderstanding of Jain ideology especially including those related to nuns and clothes. Whereas, Digambaras’ consider them as original followers of Mahavira and Svetambara tradition came later during the time of Bhadrabahu. When speaking about Mahavir Jayanti, regardless of the swetambara or digambara whichever tradition one follows for both sects this day holds a very important significance.

A majority of the Svetambaras are idol worshippers i.e murtipujak, they make devotional puja in temples, worship images or idols of Tirthankaras and important Jain goddesses. 20th-century Jain writer, Malvaniya hypothesized that movement against idol worship may be the impact of Islam on Jainism, but later scholarship states that the subtraditions was because of internal dispute and debate on the principle of (non-violence). The new movements argued that the construction of temples or making of idols and images, as well as the rituals hurt and kill small creatures and microscopic life forms living in soil, wood and other materials. Thus, it is against their core principle of non-violence.

Every day, early morning Jains bow their heads and say their universal prayer, also known as Navkar-mantra. All good work, events along with regular days also start with this prayer of salutation and worship.

Jains do not ask for any kinds of favors, material or other personal benefits from their Gods. They also do not pray to a specific Tirthankara or monk by their name. By praying Jains receive the inspiration from the five benevolent people on the right path. The path of true happiness and total freedom from the misery of life.

Jainism as a religion was already in existence before Mahavir, and his teachings were based on his previous predecessors. Mahavir thus, unlike Buddha, is or was more of a reformer plus propagator of an already existing religious order but not a founder of a new faith. But, practically and in reality we must never compare Buddha with Mahavir or vice versa because we humans must be proud to have them both born in this part of Asia and be proud they both have given us rich principles to follow for our welfare. Mahavir followed the well-established faith and belief of his predecessor Tirthankara Parshvanath. However, he preached five great vows while Lord Parshva preached four great vows only, thus we can say he made Jainism reorganized in some new ways to the people in general.