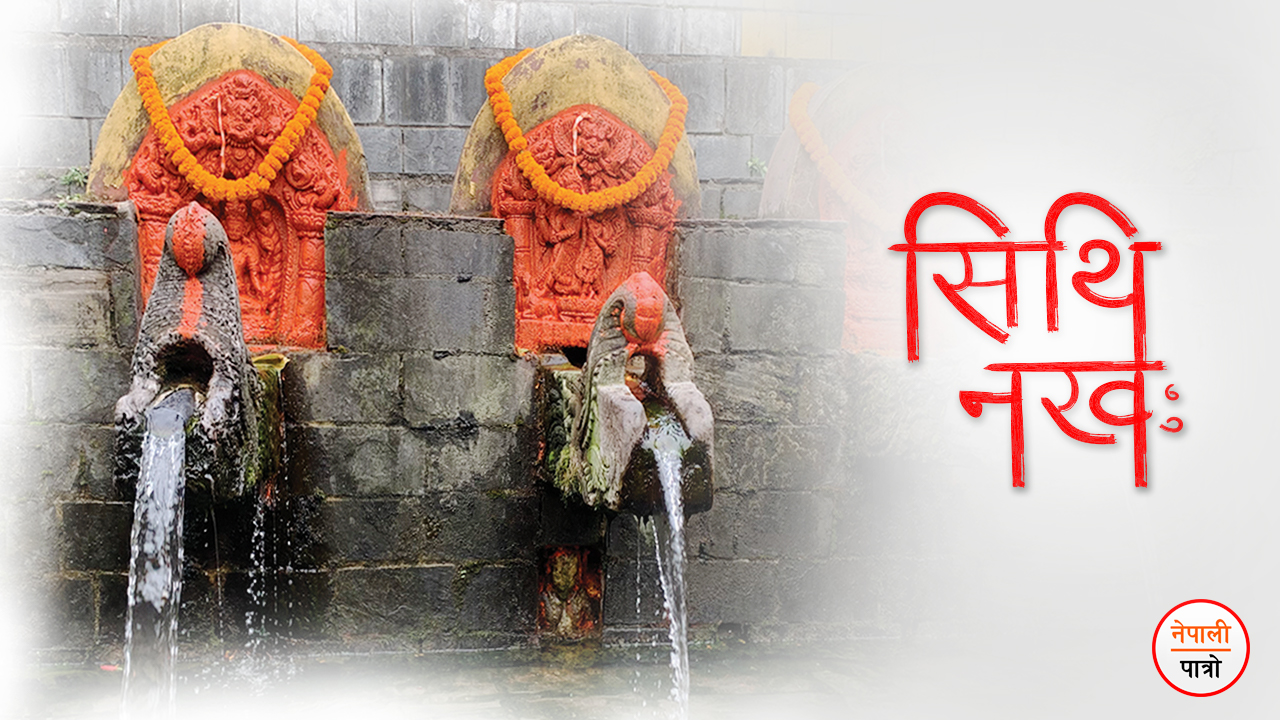 Kumar Shasthi and Sithi Nakha, according to the mythological narrative, Kumar Kartikeya, the eldest son of Lord Shiva Shankar, was born on the sixth day of Jestha Shukla Pakchya. According to the Puranas, a context is described, Dev Senapati (Senapati=commander) six-faced Kartikeya, with a peacock as his vehicle, killed demon Tarakasur and saved the gods from his tyranny while he was still in his childhood.

While the tyranny of the tyrant Tarakasur was going on, after reassuring the gods who had taken refuge from the domination of the oppressive Tarakasur, Lord Shankara immediately took Parvati’s hand and brought Mother Parvati inside. While Lord Shiva spent a long time in Antapur with Parvati, frightened gods from tyrant Tarakasur, all of them decided to go to Shiva immediately and ask him to protect them from Tarakasur. For this purpose, Agnidev was sent to Lord Shiva.

The bright dove-clad Agnidev, the fire god, who came to remind Lord Shiva, who was engaged in sexual intercourse, to do devotional work, lord Shiva puts on the seminal seed on Agnidev. Agnidev unable to bear the intensity of the seed rushes out and disposes it on the earth. Even the earth not being able to bear it, let it flow into the Ganges. Ganga too unable to bear its intensity puts it on the shore. When no one and nothing could bear Lord Shiva’s infallible semen, it assumes the form of fire.

Six sage wives returning from a bath in the Ganges became pregnant when they approach the fire. Fearing being cursed by the sages, they aborted the child but immediately after an abortion, the child appears as a six-headed child. The child is believed to have been born as Gangaputra as he originated in the shelter of Ganga. The name Kartikeya remained as he was nurtured by 6 Kritikas. Another name of the same Kartikeya is Kumar also. According to the Puranas Kumar Kartikeya, who was born in this way, led the Dev Sena in his childhood and killed Tarakasur, and saved the whole world. In the Skanda Puran, the story is told to Agastya Muni by Kumarji.

Kumar is also known and distinguished as Skanda, Kartikeya, Vishakh, Shanmukh, Gangasut, Senapati, Shanmatur, Agnisut, etc. In the Kathmandu Valley, it is customary of worshiping Lord Kumar Kartikeya with a peacock carriage, a blood-stained Chaturbahu (four-handed), and a crowned six-headed deity also known as Sithi Devta (god). Kumar Shasthi day is called ‘Sithinakh’ or ‘Sithi Nakha’ in Nepal Bhasa. In fact, this festival is the last day of the Newari worship of Devali puja. The Sanskrit word ‘Shashthi’ has been corrupted with time and it is now called Sithi in Nepal Bhasa. ‘Nakha’ is a festival.

Today, Newars in and outside the Kathmandu Valley pay special homage to their family deities. Today is the last day of Devali Puja which is performed from Akshay Tritiya onwards. In the context of Devali Puja, it is customary to keep a six-leafed lotus-shaped pikhalakhu in front of the main door of the house and offer Bo or Bara made out of six kinds of pulses for Shanmukh Kumar which after the offering is eaten. Today, the family deity is worshiped as different god goddess, they are served with samayabaji, chiura, syabaji, chatamari, beans, black soybean, garlic, ginger, fish, meat, bara, egg, liquor, fruit, bread, sweets, with various dishes, etc and after the offering, the dishes are consumed. Today, Kumar Kartikeya’s mother Ganga, i.e. the entire river, ponds, water reservoir, and land, etc, are cleaned.

Dignified Kumar, the commander of the gods, is established by the Newar Communities inside their houses, etc to protect houses, temples, palaces, etc. At houses, Kumar’s vehicle, a peacock is carved and kept in peacock-shaped small huts. There is a legend that keeping a figure of a peacock inside the house increases the prosperity of the house and prevents evil spirits from entering the household.