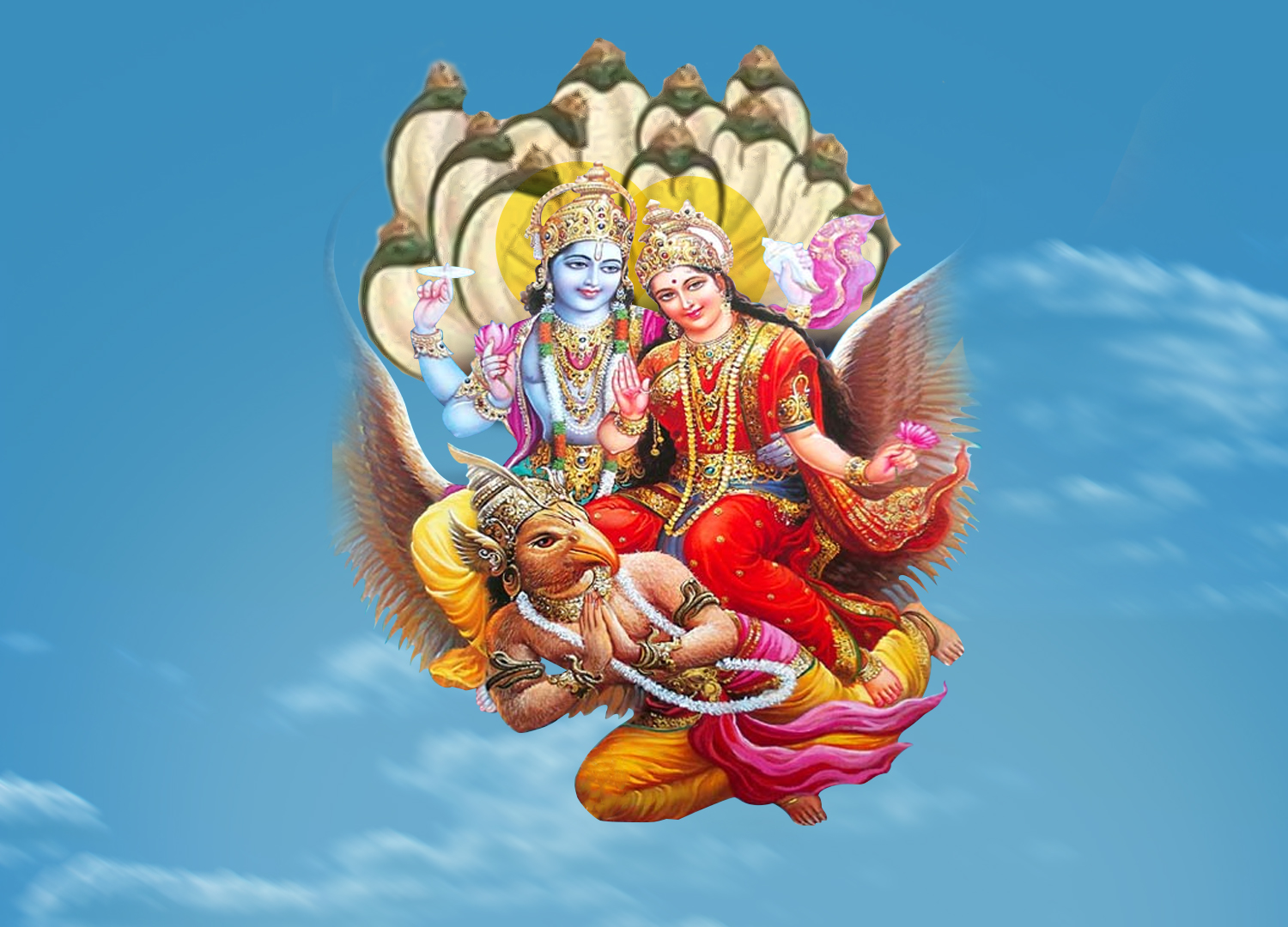 These two types of Ekadashis are very important in Nepal and India and other places where the Sanatan Dharma (Hindu) Community dwells. This day is dedicated to Lord Bishnu / Vishnu and his different names as per his reincarnation. The different names of the presiding deity of every month are Ram, Madhusudan, Tribikram, Vaaman, Sridhar, Rishikesh, Padmanabha, Damodar, Keshav, Narayan, Madhav, and Govinda. The presiding deity of adhikmaas (leap year) is lord Pursottam. Actually, all of these names correspond to Lord Bishnu / Narayan that is the reason the religious recitation/hymn is called Bishnu Sahasranam. Introduction to Ekadashi

The Ekadashi Fast is performed on the day which is not touched and/or ruined by any kind of influence of the tenth tithi or tenth lunar day also called Dashami. To be precise, we can say that, If the tenth day or Dashami completes just 96 minutes before sunrise, then that day is celebrated as Ekadashi. But, If the tenth day or tithi is incomplete at 96 minutes before the sunrise, and if it still continues to be the Dasami tithi during that day, then the fast should be performed on the following or coming day. Introduction to Ekadashi

There are altogether a total of 24 Ekadashis throughout the Hindu lunar year or calendar. It becomes twenty-six during leap year (adhik maas/intercalated months). Therefore, each month normally consists of two Ekadashi. Each Ekadashi is professed to have different and particular benefits for the people taking the vow.

Simple Prayers Chanted During This Day

These prayers are recited 108 times during the fasting (brat) of all the Ekadashi. The deity of the Ekadashi is Lord Shri Hari, who is called with various names as Sridhar, Hari, Bishnu, Madhav, Madhusudan, etc. Which is the reason the chanting is called Bishnu Sahasranam, meaning many names of Lord Narayan or Bishnu.  Introduction to Ekadashi

As per the ancient and Vedic belief fasting on Ekadashi is to get rid of all kinds of malefic planetary influences and to experience happiness in this human life. This day is observed to gain the right peace of mind, as well as, to think of Ishwar (God) and to attain Mokchya (Moksha).

On Ekadashi Tithi, when one observes the activities consisting of a vow, worshiping, serving, fasting, and meditating on the name of the Lord of the universe, Shri Hari (the God) resides in the human mind. By performing this act of reverence and spiritual act the human mind receives a very special kind of spiritual energy. This kind of Spiritual energy is obtained or received only by the grace of God, Lord Shri Hari, or Narayan. Introduction to Ekadashi

A very special practice is required to obtain God’s grace. It is not something that is very easy to receive. A person who practices the Ekadashi Brat in an appropriate way is always healthy, long-lived, has a sharp memory, and is quick-witted. The inherent wisdom of one’s mind can remove all the obstacles occurring in the future time. Therefore, one’s family becomes happy. And, it is also found in the scriptures mentioning that this person will reside in heaven after death.

The table below contains Ekadashi and when each of them falls in the lunar year.

All men and women should observe the fast on Ekadashi. When one is not able to fast without drinking water, one should fast by eating fruits or drinking cow’s milk only one time on the day of Ekadashi. Observing the Brat, one should recite and listen to the story of Lord Srihari (Narayan) at night staying jagaram (awake). When one stays awake like this on the night of Ekadashi, it yields far better fruits than doing penance for thousands of years.

For the best merit, one should feed the Brahmins on the next day, give them alms. If Ekadashi is observed in a methodical manner like mentioned, it is said that all sins are destroyed and great virtue is attained.

Grain should not be eaten during Ekadashi fast. It is said that all sins are accumulated and exist in the grains on that day. Physical condition should be considered mainly while fasting. Therefore, Satvik Falahar including Havishyanna during the evening is also considered forbidden on Ekadashi.

Brati (faster) should take pure and sattvic food from the day of Dashami Tithi. The householder must fully observe celibacy. On this day, living in pure and sattvic conduct, one should give up the desire for pleasure and greed. Even in the mind, lust, anger, greed, intoxication, jealousy, envy, etc should not be contemplated.

One should be remembering God in the mind and should continue to serve him selflessly. On this day meat, onion, lentils, etc. should not be consumed. One should observe complete celibacy at night and stay away from luxuries.

On the day of Ekadashi, instead of cleaning teeth or chewing wood in the morning, it is advised to take leaves of lemon, berries, or mango and chew them for cleaning purposes. Fingers are to be used for cleaning teeth and throat, breaking a leaf from a tree is also forbidden. Therefore, fallen leaves are to be used for cleaning purposes. If this is not possible, one needs to rinse with water twelve times. Then one should take a bath and go to the temple and recite the Gita or listen to the Gita recitation from the priest. One should make a vow before the Lord as: ‘Today I will not talk to thieves, hypocrites, and wicked people nor will I hurt anyone’s heart. I will stay awake at night and do bhajan kirtan.’

On Dwadashi, after performing the daily rituals, one should perform special worship of Lord Narayan. Like this when Ekadashi is observed strictly, one attains eternal happiness in an afterlife. The greatness of Ekadashi is not only sinless/godly and virtuous but the sacred story of Ekadashi, who listens and recites them, receives the same fruit as the person performing a big sacrifice and Yagya as Vajpeya Yagya. Ekadashi Fast would bring complete fulfillment when observed with a pure heart. It gets rids of fear and the refuge of lord Narayan in Baikuntha Lok after the death. Om Namo Bhagavate Basudevaya. 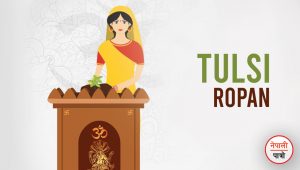 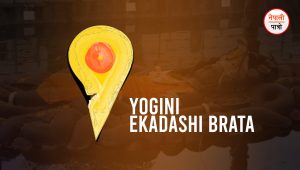 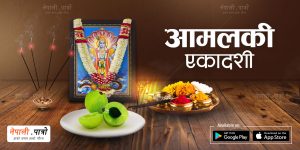