By Nepali Patro (Sudan Bhattarai Upadhyaya) in International Days .
May 11, 2020

Nursing is a dignified and service-oriented profession. Establishing nursing and midwifery leadership at the level of governance and service in the countries of the world is a major challenge for today. Because of this, Nepal Nursing Council (NNC) has been established in Nepal. It is a statutory body to establish uniform and high standards of nursing education in Nepal. The council recognizes nursing qualifications, accredits nursing schools, and keeps track of registered nurses in Nepal. NNC was established on June 16, 1997, under the Nepal Nursing Council Act, 1996.

Nurses and midwives play an important role in providing health services. These are people who dedicate their lives to caring for mothers and children; give life-saving vaccines and health counseling; They continue to serve the elderly and the sick, caring for them and meeting their daily health needs.

Nurses are often the first and only point of care in their community. The world needs more than 9 million nurses and midwives to make global health care accessible to all by 2020, and the World Health Organization has been celebrating 2020 as the “Year of the Nurses and Midwives.”

Whereas in Nepal’s case, the late Lamu Amatya is considered the first professional nurse in/of the country. The Government of Nepal declared late Lamu Amatya as the first professional nurse of the country on the 18th of Baisakh 2074. In a program organized by the Ministry of Health that same day, the then Health Minister Gagan Kumar Thapa officially handed over the prestigious certificate titled “Nepal’s First Nurse Certificate” on the basis of the legal pieces of evidence presented by Yogeshwar (Yogi) Amatya, one among the two sons of Lamu Amatya, declaring the late Lamu Amatya as country’s i.e. “Nepal’s First Nurse”.

Late Amatya graduated from Calcutta Medical College in 1954 with a degree in nursing. And, she started her first job as a professional nurse in Nepal from Chaitra 13th of 1956 A.D. She rented a house in Chhetrapati as part of the “Nursing Training Project” under the Ministry of Health. In the beginning, she was paying the rent from her own pocket and lots of young people joined the center to be a nurse and to help the destitute. Born on January 27, 1932 (1988 B.S. Magh 14) in Darjeeling, India. Lamu Amatya passed away in Kathmandu on 19th Jestha 2069 B.S.

Since the establishment of the Nepal Nursing Council (NNC), in 1996, International Nursing Day is being celebrated in Nepal on May 12 every year with various health-related programs with the objective of ensuring the rights and interests of nurses and midwives in various health centers and health-related bodies all over the country. There is an urgent need to ensure that the rights and interests of nurses and midwives are ensured as soon as possible and precautions have to be taken from time to time for their implementations.

Nepali Patro wishes good health to all our readers and our highest respect to all the Nurses working in the frontline whatever the situation. We salute their courage and hard work. 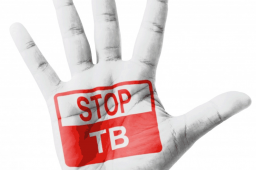