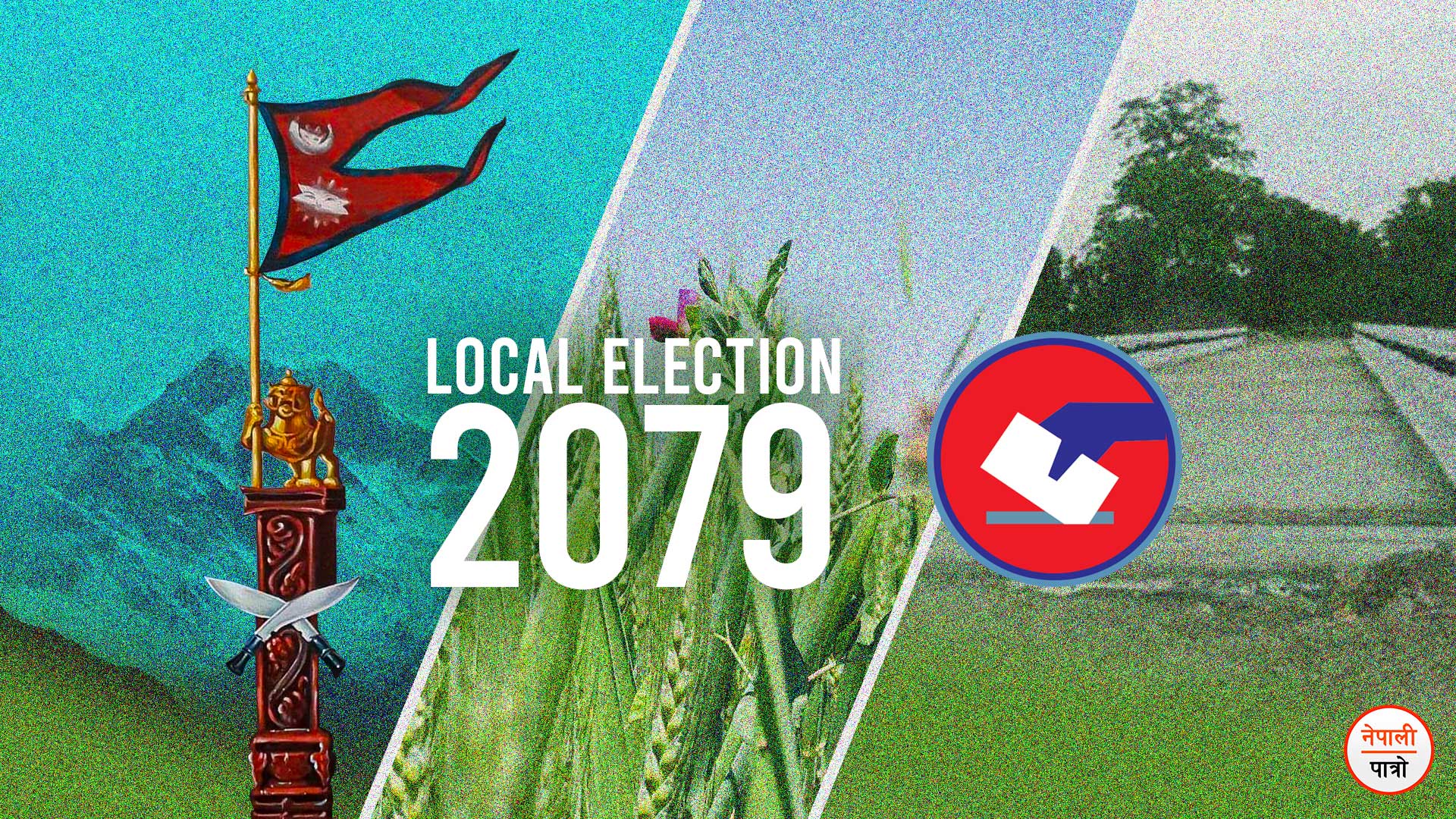 The local level is the local government. Local levels are autonomous.  It has its own executive, judiciary, and legislature bodies.  Since all the representatives will be elected through the direct electoral system, the responsibilities of the mayor and deputy mayor cannot be changed on the basis of the majority or minority vote. Each representative will lead the local level for the entire term once elected unless he commits a serious crime under the constitution.

Autonomous rights are given to the local level. The local level remains autonomous in the implementation of these rights. Neither the central nor the state government can directly interfere in any of their work.  The local level makes its own policies, programs, and makes its own laws.  It creates and executes budgets on its own. This is the reason for it being called local government. But no law, policy, program, or budget can be made in conflict with the law of the center.

How many representatives are being elected?

During this election, a total of 35,221 people’s representatives are being elected across the country. At each local level a chief (mayor) or chairman, a deputy chief (deputy mayor), or vice-chairman is elected.  At the local level, there are at least 5 wards at a minimum and 32 wards at a maximum. One ward chairman and four other members will be elected from each ward.

Out of the 4 members elected from the ward, two posts will be open, one for women and one for Dalit women members. This arrangement has been implemented to increase the number of women people’s representatives at the local level.

Going to the polling station

This election is to elect people’s representatives at the local level. Therefore, you are allowed to vote in your own ward only. Your name must be listed on the voter list before you can vote. If you are old enough (18) and your name is mentioned in the voters’ list then you have the right to vote.

You must carry a voter ID card when going to the polls. If your voters’ identity card is lost or damaged, you can carry the original citizenship, license, passport, or national identity card. However, these credentials must be genuine. The Commission does not recognize photocopies or photographs taken on mobile devices.

Now you can reach the polling station and keep in a queue as per the rule and cast the vote to the desired representatives.

How to Cast your vote? Its method.

Each voter will be able to vote for 7 different candidates. After receiving the ballot paper, the election symbol of the candidate for mayor or president appears in the first vertical line. Cast a swastika on the symbol of your favorite candidate. The line enclosing the mark should not be touched while stamping the symbol.

Based on your vote, it will be decided who will run the municipality at your local level for the next 5 years.

The Government of Nepal has declared the election day i.e. May 13 (Baisakh 30) as a national holiday and has given a public holiday on that day.

However, the government has not given a public holiday to the voters outside the municipality to go to their municipality on this day. Election Commission Information Officer Mr. Surya Aryal says that as this is an opportunity to elect the local people’s representative for the next five years, one needs to go on leave for the polling.

When you go to the polling station, you will only see Nepal Police and temporary police. You will not be able to recognize the National Investigation Police as they are in plain clothes.  You will also see the armed police force around the polling station. The Nepal Army, on the other hand, is deployed on the outermost perimeter to provide electoral security.

To secure the election, the government has deployed four security agencies in a three-pronged security strategy.

If you see a helicopter flying on election day, you should take it normally. The Nepal Army is patrolling by helicopter for your own protection. About 300,000 security personnel are deployed for election security.

The period of 48 hours before the polling starts is known as the silent period. This is the time given to the voters to decide which representative to choose in the election.

During this period, voters must not be given any kind of temptation, fear, or intimidation. They should be left free. No candidate is allowed to campaign during that period. Doing so will be against the election code of conduct.

During this period, the Election Commission works on the construction of polling booths at the polling stations, management of ballot boxes, and other preparations.

What to do and not to do during the Silent Period

During the silent period, door-to-door campaigning, interaction, sloganeering, rallies, pamphlets, etc are not allowed. But this opportunity can be enjoyed by the family members to discuss and practice voting methods, voter education, and so on. However, during this period, party representatives are not allowed to engage in any kind of political activities.

If you are a voter, you will not be allowed to write, speak or message against anyone during this period from your social media platform. Violation of the Election Code of Conduct will be dealt with as per the Election Act.

Voting is scheduled for May 13 from 7 am to 5 pm.  You can go to the polling station with your name on time and take part in the voting process.

All voters have the right to self-determination in elections. Voters are completely free to choose the party, or person of their choice. The Constitution guarantees you the right to vote without any intimidation, threat, fear, or any other kind of temptation. It is the duty of every voter to vote for the candidate of their choice.

Things to keep in Mind

When going to the polls, one should not forget to take the voter ID card issued by the Election Commission. Citizenship will also have to be taken along. No flammable items, weapons, mobiles, etc. will be allowed to enter the polling station. After entering the polling station, the voter will have to show his / her identity card and fill up the form given by the Election Officer. After filling up the form, it is necessary to check the authenticity of the polling officer’s signature.  After that, you have to go to the booth, put the swastika stamp on the symbol of your favorite candidate and drop the ballot paper on the ballot box.

Ballot boxes are verified in the presence of the representatives of the political parties after the polling ends on the day of the election. The Election Officer then seals the ballot box in front of all the delegates. Ballot boxes are taken from all the polling stations in the security cordon to the place designated by the municipality or the commission. The Election Commission has estimated that the vote counting will start two or three hours after the polling ends. As this is a local election, the results will start coming from midnight on May 13 at the local level where there are fewer voters. But it will take time for the results of the metropolitan, sub-metropolitan and local level polls where there are more voters. The election results of all the local level polls shall be announced after Jestha 2.