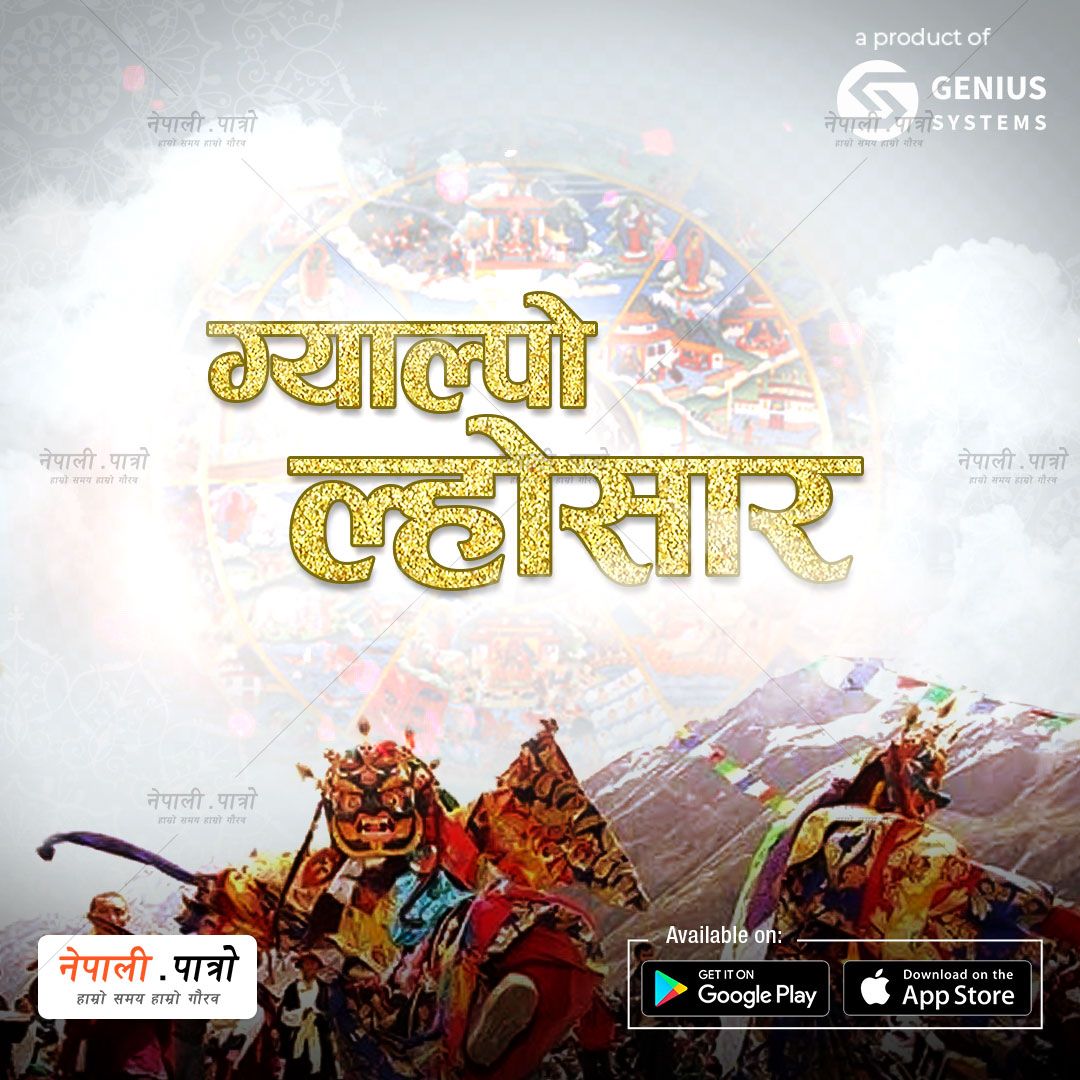 Lhosar is the glorious festival celebrated by the Religious sect of Mahayani Buddhists, which is the first day of their new year. In the literal sense of the Bhot-Burmese languages, ‘lo’ or ‘lho’ means year and “sar is new. In practice, the festivals celebrating the departure of the old year and welcoming the New Year’s festivities is called lhosar or lhosar. It is celebrated by Buddhists, especially Sherpa, Hylmo, Gurung, Tamang and Tibetans communities living in the northern part of Nepal. Tamu, Tola, Sonam, and Gyalpo four Lhosars are celebrated between the month of Paush till Falgun by four communities. Gyalpo Lhosar is a festival celebrated mainly by Sherpa, Lama, and Bhote communities of Nepal, Tibet, Sikkim, and Bhutan. Lhosar is also celebrated in India, Japan, China, Hong Kong, Taiwan, Korea, Thailand, and other countries. Now, due to cultural intercourse, some other nations also celebrate this festival. Although the festival is celebrated on the Falgun ShuklaPakchya Pratipada date, the planning of the festival starts almost a month and a half earlier.

“Gyalpo” signifies King. In history, it is found that this festival was celebrated by the ruling class or the kings during ancient times. Somewhere, it is reported that the Mongol Emperor Genghis Khan started celebrating this event to commemorate victory. According to Buddhist texts, Shakyamuni Buddha by his ritual powers defeated six non-Buddhist monks in the Falgun Shuklapakchya, so as per this legend of his victory this event of Lhosar is celebrated.
Before the Lhosar starts, the preparation starts for its celebration almost some months earlier. In the beginning of the festival, the process of cleaning the household, painting, sewing new clothes, buying supplies, etc. are done. A week or two earlier, khapse (a fried bread in different shapes made of flour) is prepared, and planting of Lofut (jamara of seedling) takes place. In a pot filled with soil and sand, wheat seeds are grown as Jamara and are kept till the first day of Lhosar. The wheat grown in this way is worshiped as the new year’s new crop.

Two days before Lhosar, people visit the nearest Gompa (monasteries) and should perform ‘Yingisugu Pooja’ i.e misfortune of previous year should not occur again in the coming new year by pacifying through Grahadasa (Propitiation of malevolent stars by worshiping or fire offering) and a “Dingsyu Puja/ offering” for planetary peace and to conclude the offering. After this worship, Lhosar holiday is given in the monasteries too. Then it is customary for all the devotees to cleanse the interior of their house, and throw that garbage considered as last year’s misfortune in the backyard, intersection of a road or courtyard. Thus, after calming the misfortune of malevolent stars, on this evening, Guthuk, a meal made out of a combination of nine kinds of cereals is eaten during the evening.

The day before Lhosar, the house is decorated with colored papers, flowers, and by Ashtamangal (color figure representing eight lucks). On this day, in the holy altar of the house fully decorated including decorated images and idols of Gods are worshiped with 16 acts of homage. Different food, offerings, baked bread (pungi amjo), chimar, chyang fu, as well as various dishes, sweets etc are decorated as offerings. On the morning of Lhosar, the householder after purifying oneself offers all these things to God, Chimar, Chyang Fu is offered to the sky, visitors and other members are distributed with good portent, a divine or prophetic token of good luck. Lhosar is celebrated and observed by exchanging greetings with good portent including foods such as chimar, dasil, khapse etc. During Lhosar, the honorable elders bless the younger one and the younger pay reverence to their elders.

We wish all the brothers, sisters and all communities celebrating the Gyalpo Lhosar with long health, peace, and prosperity.