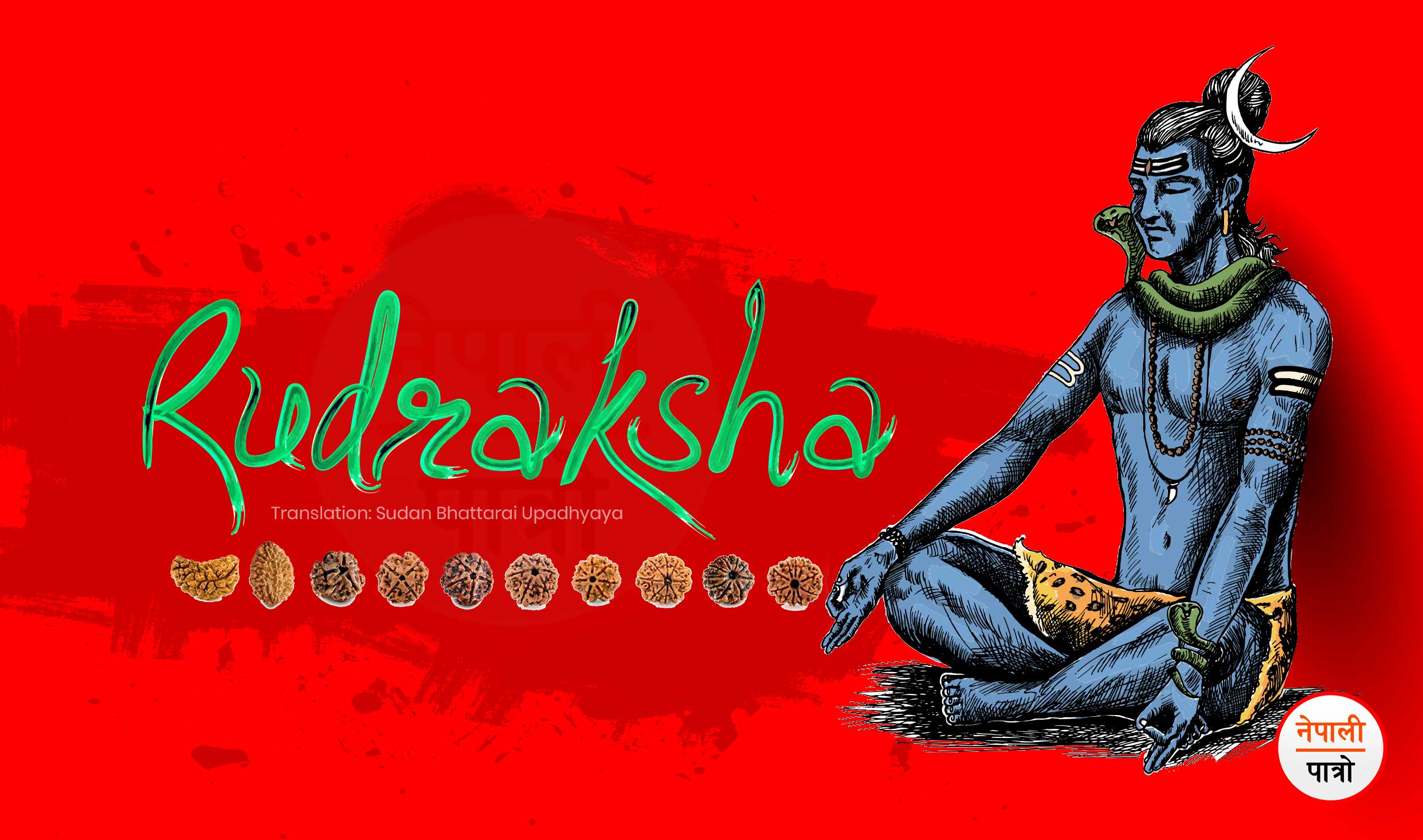 Form of Rudraksha and its benefit

In Sanskrit, the word Rudraksha consists of the words of “RUDRA” and “AKSHA”.  Rudra denotes Lord Shiva and Aksha refers to tears. It is believed that when Lord Shiva was in his deep meditation, a drop of tear fell off his eyes; Which grew into the divine fruit, that is Rudraksha. It is also said that one who wears this divine fruit achieves internal blessing and is deemed closest to Lord Shiva himself. Rudraksha is mainly found in Nepal. Found one facet (Mukhi) to fourteen facets and a unique kind is called “GAURI SHANKAR”

One face Rudraksha: is symbolic of the God Shiva. The original among these are a very rare kind to find. It is normally available in the shape of a half-moon. The regular worshipper of this Rudraksha is always believed to possess affluence and worldly goods. Hence, it is also considered highly efficient by the business community. It helps in attaining wishes with fruitful results. One faced Rudraksha is considered Good, especially for Blood Pressure & Heart Diseases.

Two-Face Rudraksha is symbolic of ARDHA Nareshwar (Shiva and Parvati) form or roop. Those who wear it, are believed to have immense fame, It denotes trustworthiness and devotion. It reflects efficiently on the married life of a couple. Two-faced Rudraksha can be worn for Mental Peace and Pregnancy.

Three Faced Rudraksha: Symbolises the Lord Brahma, Vishnu, and Mahesh. It is Fruitful for meditation, knowledge, and concentration. It is helpful in increasing the knowledge of wealth. It is highly effective for school children who do not possess god-gifted abilities. Three faced Rudraksha is Good for Eliminating Depression and Psychological disorders.

Four Faced Rudraksha: is symbolic of the Lord Brahma (God of Birth/creation) it is good for meditation and yoga, It increases confidence and devotional power. It is considered good for Arthritis Patients & BP Disorders.

Wearing a garland of small beads of panch mukhi or drinking water in which panchmukhi is soaked is deemed highly effective for curing Heart Diseases, BP or Mental Imbalance.

Six Faced Rudraksha: is symbolic of the God Kartikeya (son of Shiva Parvati). It increases confidence and helps maintain (celibacy) brahmacharya. Wearing this kind of Rudraksha can help one stain over anger, greediness, and improper thoughts. Six-Faced Rudraksha is Good for Skin and Neck Disease.

Eight Faced Rudraksha: represents Lord Ganesh (the God of Prosperity). It affects spreading your name abroad and brings the winning power in oneself. One is also believed to receive wealth from unforeseen sources. It is considered to bring peace to home life and deemed good while starting anything in good faith. It brings prosperity to business. Good for eyesight and Skin Diseases.

Nine Faced Rudraksha: is symbolic of the Goddess Navadurga (the Goddess of Power). It is considered to possess nine kinds of different power and is very powerful kinds. One is believed to receive divine power wearing this kind that helps in eliminating all sorts of fear of evil. It builds self-confidence. Good for Reducing physical illness and common tiredness.

Ten Faced Rudraksha: is a symbol of Lord Vishnu (the preservator) himself. This Rudraksha is supposed to be the tenth incarnation of Lord Vishnu, By wearing this Rudraksha, one receives immense success in job and other day-to-day activities. One who wears ten faced Rudraksha, one’s wild and internal wishes are believed to be fulfilled. This Rudraksha is also considered highly effective in social services, art, and craft. Good for Level Diseases and intoxicating Disorders.

Eleven Faced Rudraksha: is symbolic of the Lord Hanuman (the God of Victory) It is considered to possess immense power. The wearing of this Rudraksha always attains victory and wealth. This is highly effective for females. It affects a husband’s well-being. It brings Long life, prosperity, and Good Luck and is amazingly beneficial. Good for Liver Diseases and Intoxicating Disorders.

Twelve Faced Rudraksha: is symbolic of the sun god. Wearing enables a human to have an ever-shining personality. His fame spreads all across and receives respect as an important personality in the community he lives in. It helps one attain enhanced power of expression, political affluence, or qualities of a leader. It is highly recommended for people in powerful positions. It is also Good for Skin and Heart Diseases.

Thirteen Faced Rudraksha: is symbolic of the Lord Kamdev (The God of Attraction). It helps in increasing the sexual power in human and enables one to be fit in sense. If one wears this Rudraksha, it helps in obtaining the power of the opposite sex towards oneself. Thirteen Faced is Good for Blood Pressure Control.

Fourteen Faced Rudraksha: is considered the way to god Kuber (the God of Treasure). This is also a very rare kind to find. As per the Hindu Mythology, this Rudraksha is also a symbol of the fourteen forms of vidya (education), Manu, Indra, and Lok respectively. It also represents Lord Shiva. It is a very important one among Rudraksha as it contains almost all benefits of two-faced Rudraksha throughout 14 face Rudraksha. It is truly good for businessmen. It Increases the sixth sense in humans. Useful in Right Decision Making.

Gaurishankar Rudraksha: symbolizes the lord Shiva and the Goddess Parvati. It is naturally bound together making it appear two in one. It is believed that those who wear Gaurishankar are always blessed by Lord Shiva and Goddess Parvati. This is not only good for a happy married life but also helpful for young unmarried youths. Good for smoothening of Planetary Forces Around Oneself and Prevention from Accidents and Sudden Death.

Ganesh Rudraksha: represents Lord Ganesh. The basic body of Rudraksha looks like Lord Ganesh’s face. It helps effectively in starting a venture or a project or any devotional activities or even in relaunching loss-making ventures. Good for Business and Prosperity.

One Facet Sawar Dana: is no different than the Goddess Laxmi (the Goddess of Wealth) herself. It Naturally develops in a half-moon shape and is only available in Nepal. It is also known as the reflector of Ek Mukhi (one Faced Rudraksha). It’s highly efficient in business, overall growth, and accumulating wealth. It should be worshipped by placing it either in treasure or in the Puja Ghar. Helpful for picking up of Ruin in the Business.