On the eighth day of Falgun Shuklapakchya (night of the full moon), the festival begins after placing a Chir (Pole with different color clothes) and concludes by burning it. All the followers of the eastern Hindu tradition celebrate it with great zeal, but the beauty of the festival lies on the full moon day. Hence, this day is also known as Holi Purnima or Fagu Purnima.

Regarding this full moon day, Acharya Jaimini of Mimansha Darshan and commentator Bhasyakar Shabar have mentioned it as the ‘Holaka’ festival. The meaning of Holaka is Color. As it is a festival associated with color, it is called as Holaka festival. The word ‘Rakaholake’ mentioned in the Kathakgriha Sutra indicates that the deity of the Holaka festival is ‘Raka’ or the full moon. Devpal, a commentator on this source, has described the Holaka festival as an act performed for good luck for the female. The moon is most powerful during the full moon day. In the Vedas, ‘चन्द्रमा मनसो जातः’ the moon is considered to be the legislator of the human mind. It is this same excitement of the mind that unites the natural element with the masculine element, and it undertakes the process of a new creation. This is the reason, there has been an ancient Vedic tradition of celebrating Basantotsav or Madanotsav on the full moon day of Falgun.

Since the arrival of spring, takes place from this full moon which is also the time of change for nature, the zeal of natural beauty makes the animal kingdom and even human beings feel a positive vibration. As Maha Shivaratri and Basantik Navaratri are in between, the season of Holi is a time when nature (female) and male elements attract each other.

During the Vedic age, when new shoots sprouted from the trees, beautiful flowers bloomed with its fragrances spreading around, colorful butterflies began to fly, crops including wheat flour ripened and cuckoos began to sing, at the same time spring was considered to have arrived and welcoming Rituraj the Basanta Utsav was celebrated. In the Vedas and Brahmin literature Spring festival is found discussed.

The author of the Kama Sutra, Vatsyayan, has described the months of Falgun and Chaitra as Madanotsav. Kamdev (the Cupid), the god of Madanotsav, gives momentum to nature by combining elements of nature and man. According to the Brahmavaivarta Puran, Lord Bramha started the beginning of creation from the month of Chaitra immediately after Falgu Purnima: –

The water and color played in Holi are such integral symbols of nature and man, which can be taken as the important factor of creation.
In ancient times, roasting or baking of freshly ripened new cereals as wheat, barley, gram, corn, etc. during the spring season was called ‘Holak’. The context in which the Brahmavetta sages offered ripe new crop during the fire-worship is also found ‘ब्राह्मणो वसन्ते अग्नी आदधीत…’ in the Vedic mantras. The festival that provides an opportunity to offer fire worship (hawan) of the new grain is called Holika.

In the legendary period, other contexts are also connected to this full moon day. Among them, the story of Lord Sri Hari rescuing the Bhakta Prahlad by killing Holika has also been established as the main story of the Holi festival. Therefore, the tradition of celebrating Holika on the date of Falgun Shukla Purnima every year welcoming the spring season has been included in the mythological texts. Histories, myths, and scriptures indicate that an offering to Holika must be performed on the evening of the Holika for the long life of children, the well-being of women, and the protection of the nation’s borders, as well as protection from natural disasters.

This verse of the Lingapuran, quoted in the Hemadri period, dictates the celebration of Holi for child development and well being of common folks. There is a scripture instructing to purify the front yard of every house with cow dung, worship it, and to burn Holika during the evening.

From the dawn of human civilization, there is a history of society uniting against injustice, torture, and, violence including the dictatorship of a despotic dictator. The frenzy of power awakens ego in man and that ego forgets the virtues of truth, religion, love, virtue, non-violence, and blinds people to lust and selfishness. Mentioned in the Puranas, Daityaraj Hiranyakashyap proclaims himself God after the frenzy of the boon received from Lord Brahma. At the same time, his little son Pralhad appears as a special devotee of Lord Bishnu.

The arrogant and sinful maniac, Daityaraj Hiranyakashyap makes the people worship him as a god. On the other hand, he perceives Bhagavad devotee Prahlad as his ultimate enemy and decided to commit filicide and poison Prahlad. Sister of Hiranyakashyap, Holika, who received the gift of not being touched by fire entered the burning pyre with child Prahlad but Pralhad is saved and the sinful Holika is burned by fire. Holi is believed to be celebrated to commemorate and celebrate the joy of Holika’s cremation. The custom of burning Holika on the previous night of Holi Purnima as a symbol of Holika burning has been kept up to date. After Holika’s death, to save Prahlad, to protect justice and religion Lord Bishnu takes the reincarnation of Narsimha, and finally overcomes the pinnacle of sin and oppression of Hiranyakasyap. These mythological events are also linked to the Holi festival.

Apart from this, during the Dwapar Yuga, demoness Putana was abducting and killing breastfeeding babies. The colorful celebration of the Holi festival is also associated with Lord Krishna killing Putana, and Kansha her brother. At the command of Kansha, Putana gave poisonous milk for the purpose of killing Lord Krishna, but he took away her life instead. Then, the people of Braj (ancient city of Mathura) cremated the giant body and celebrated rubbing different colors among each other. It is believed that the tradition of playing Holi every year is commemorated in memory of the great calamity that terminated with the end of this monster. To commemorate the demise of the demon and end of great calamity there is a tradition of swinging Lord Krishna in a cradle and playing Holi every year.

Another context states that Lord Shiva was crazy after Satidevi, daughter of Dakchya threw herself at the Yagyakunda fire and sacrificed herself. Kamdev tried to hypnotize Lord Shiva to the material world by striking the arrow of desire. But, this act opened the third eye of Lord shiva and he was burned to ashes from the flame. After the lamentations of Kamdev’s wife Rati and from the request of Gods, Lord Shiva was impressed and gave him the boon to be alive again. Merrily the gods made a shower of colors for the celebration, thus Holi festival or Fagu Purnima festival is associated with the above context too.

At one time, Lord Krishna calmed the curiosity of King Yudhisthir by explaining the reason for the grand celebration and cremation of Chir on Holi. This is the context of Hemadri, the Bhabisyotar (Second) section. According to the context, in the Satya Yuga / Era, there was a king named Raghu who was a pious, learned, virtuous, and beloved king of the people. One day his people complained that a demon named ‘Dhunda’ was harassing their children. Dhunda had to be killed to protect the distraught people who were disturbed by her terror. In the past, by doing intense penance of Lord Shiva, Dhunda had received a boon that she will not be killed by young, old, women, or men, neither from the injury of any metal weapon nor from the animals, cold, heat, rain, or due to natural causes.

When Dhunda asked for the boon, she missed to say, Children, so she was afraid of children and used to scare the children not to come near her. The priest told this secret to the king. The king organized a grand children’s festival on the full moon of Falgun Shukla during the winter and spring season. The king also called all the children of the city to come together and made them play various children’s games. On the night of the full moon, the children gathered old clothes, leaves, and firewood and made a bonfire. And they shouted and danced. Dhunda died due to the noise and fire attack from them. In this way, on every full moon day of Fagun, the ritual of children playing and burning the bonfire began.

In summary, in the triumph of happiness of truth prevailing over falsehood, religion over iniquity, of justice over injustice and of good over evil Holi/ Fagu Purnima is celebrated. As it is a holy day that includes divine characters, fasting is also observed in this festival. The tradition of singing various hymns of God in local dialects has been another aspect of the Holi festival. During this festival Hori, Holi, Horiya, Faguwa, Khyali, Tappa, Basantaraga, etc are sung and danced. Another part of this festival is to provide an opportunity to receive colors, and blessings from the elders, and honor them. Hence, Holi is a festival to abandon all resentment, and anger, and to foster love and intimacy. It is celebrated cheerfully by consuming different sweets and desserts.

Holi is celebrated especially in Nepal and India as a National festival. In the hilly areas of Nepal, it is customary to celebrate Fagu Purnima/ Holi on the full moon day, while in most parts of the Terai, including Janakpur, Fagu Purnima/ Holi is celebrated only after the completion of the Mithila circuit on the full moon day. Similarly, in different parts of India, there is a tradition of playing Holi only after burning the decorated pole (Chir) at night of the full moon. Nowadays, Holi is celebrated in other countries as well because of the cultural mixture. To Read this article in the Nepali Language please click here. 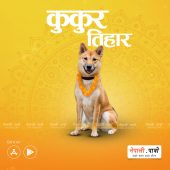 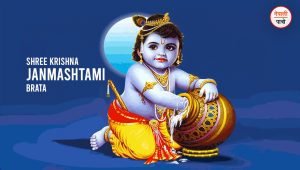