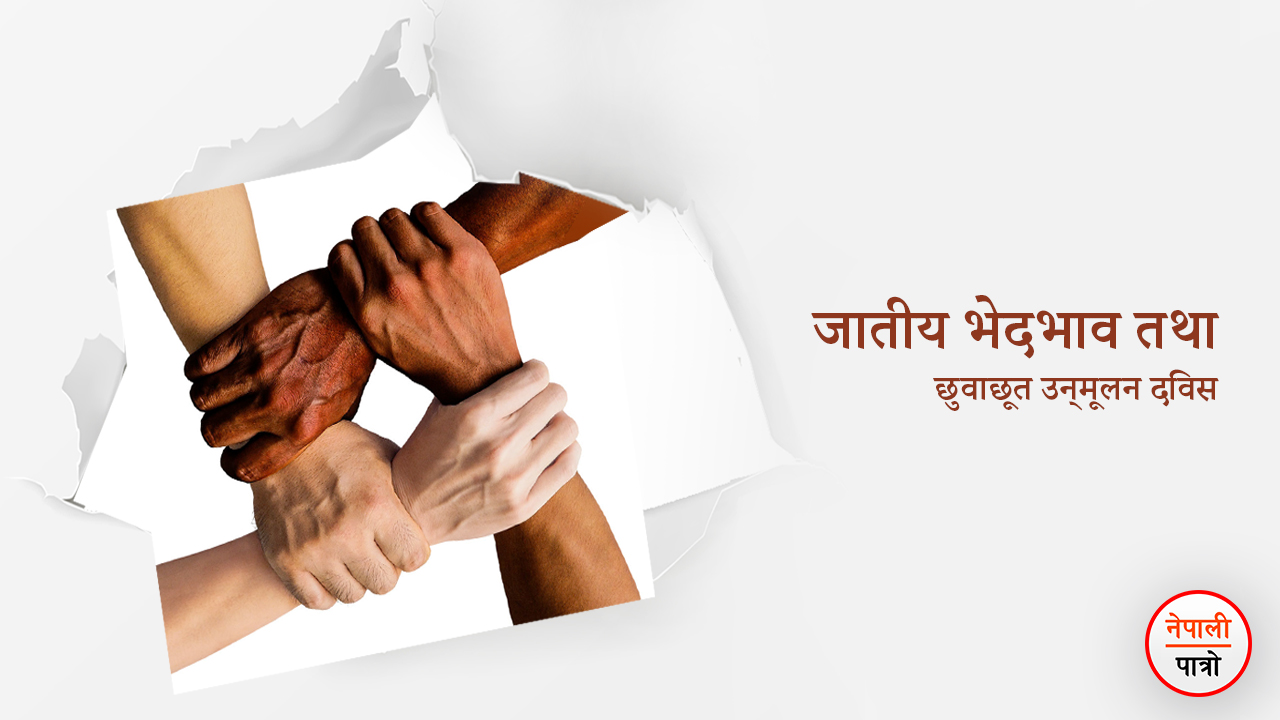 Day for the Elimination of Racial Discrimination and Untouchability

By Nepali Patro (Sudan Bhattarai Upadhyaya) in International Days .
May 19, 2020

Even after 13 years of declaring Nepal as an untouchability-free nation, it is still known that untouchability and discrimination have not been eradicated in various parts of the country due to social behaviors existing in the Nepalese society. Although there exists an Offenses and Punishment Act against Caste Discrimination and Untouchability, there are ample factors that can be said to have prevented the elimination of discrimination in practice due to its ineffective implementation. It cannot be denied that the lack of effective implementation of the Basic Misdemeanor and Punishment Acts, the creation of social awareness for its end and the inability to raise public awareness programs by presenting public awareness programs to the people.

What does the Constitution of Nepal 2072 say?

Article 24 of the Constitution of Nepal 2072 BS includes the right against untouchability and discrimination as a fundamental right. It states that no person shall be subjected to any form of untouchability or discrimination in any private or public place on the basis of his or her origin, caste, community, occupation or physical condition.

If any such discriminatory behavior, boycott or prohibition, is imposed or done there is a provision of an imprisonment of three months to three years or a fine of Rs 1,000 to Rs 25,000 or both is mentioned. Ethnic untouchability is a serious challenge for state law, humanity, civilized society, and modern nations. The preamble to Nepal’s constitution seeks to end all forms of ethnic untouchability and build an egalitarian society to ensure economic equality, prosperity and social justice. The constitution also guarantees special arrangements for the empowerment, representation and participation of the Dalit community under the rights of Dalits.

The National Dalit Commission has also been recognized as a constitutional body to end ethnic untouchability, and by remembering the important issue of the rights of the Dalits addressed as a fundamental right in the constitution, it has laid the groundwork for the gradual end of the oppression of the Dalit community.

The achievement of celebrating this Day for the Elimination of Racial Discrimination and Untouchability will soon be seen and felt only if the public awareness is raised by addressing this issue among the entire Nepali people all over the country regardless of different zones, district or social distance from the central government.

Thus, With the celebration of the Elimination of Racial Discrimination and Untouchability this year let us hope soon Nepal will be free from this kind of problems and thy would be eliminated as soon as possible through different awareness programs.