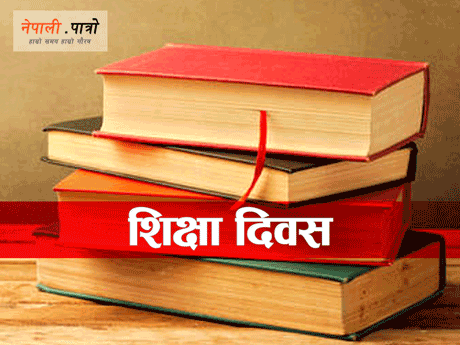 The day celebrated to review the importance of education in Nepal and the development of activities in the Educational Area is called and known as “Education Day”. Education Day in Nepal is celebrated on the 12th Falgun, of every year with grand programs at the educational institutions under the direction of the Ministry of Education, Nepal. Which shows the contribution and importance of education for the development of the entire Nepalese society, people and country.

According to Nepal’s history, the development of modern education in Nepal is attributed to Jang Bahadur Rana, the mother of the autocratic Rana regime. Since the beginning of Jung Bahadur Rana along with Chandra Samsher, Bir Samsher’s time, the opening of various schools like Thapathali English School, Durbar High School, Bhanubhakta Madhyamik Bidhyalaya, Sanskrit School and so on have been mentioned in history. But, in all these schools, the right to read and write was restricted to the Rana class only. At that time the literacy rate was only 5% but, with the end of the Rana regime of 104 years and the birth of democracy in the year 2007 B.S. the rate of literacy went up a little like a soft wind as the progress made by the education sector.

As a result of this democracy, Nepal’s diplomatic network began to spread worldwide, as a result, people and the government became more aware and prudent about education. Because of this, Nepal started looking over various plans, projects, and developmental projects for the development of the education sector, because the Nepal government has already understood the importance of education and its evolution for the development of the country is possible only when there are dramatic changes in the field of education.

Historical details show that the education sector has not been fully completed in Nepal and is gradually developing at a slower pace every year. Now, as per the 2011 A.D statistics of the Ministry of Education, the literacy rate in Nepal has increased by 67.9% of which, the percentage of male and female education is 65.1% and 57.1%, respectively (this data is as of the date of writing this article March 21, 2017).

According to a later statement made by the Ministry of Education, on 12 Falgun 2072 B.S. while celebrating 37th Education Day, it is stated that the overall literacy rate of the country has gone up to 70%. Which of course looks positive indeed. 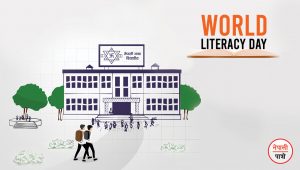